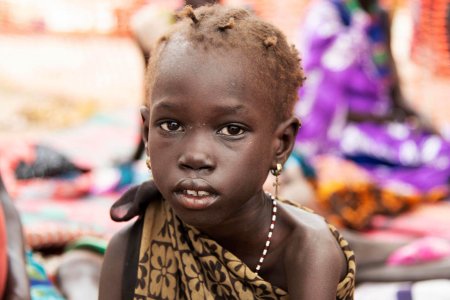 “We are past the stage of early warning – this emergency demands urgent action. An increased humanitarian response will be needed … to prevent another wave of displacement and death,” said NRC.

Rising levels of armed violence, and almost 500,000 people displaced by floods and looming famine in five states are deepening an already dire humanitarian crisis in South Sudan. Renewed fighting in many parts of the country has escalated to levels as serious as any, since the conflict started in 2013. Delivery of humanitarian assistance continues to face significant obstructions particularly in areas hardest-to-reach. Four aid workers have also been killed in the line of duty this year alone.

“What we are seeing is misery on a massive scale threatening to unfold in South Sudan. Displaced people in Bor town, Jonglei State have told us that their biggest fear now is the return of conflict. We have seen families struggling to plant new crops because the land is still swampy from last year’s floods and new rains are just weeks away. Yet projections of the dire food situation are still being contested. Food for the hungry has been looted and deliberately kept away from those who need it the most. When the situation worsens, we cannot say we did not see it coming.

“We are past the stage of early warning – this emergency demands urgent action. An increased humanitarian response will be needed in South Sudan over the coming months to prevent another wave of displacement and death. All stakeholders, including the government and the UN should lead an organised and adequately resourced humanitarian response to safely deliver assistance to those who need it the most.

“This is not just about responding to the current crisis, but also about preventing further crises in the future. Since 2013, South Sudan has gone through various cycles of conflict, displacement, hunger, disease and millions of vulnerable people have already borne the worst. If we don’t also increase efforts to bring back stability and resilience, millions will suffer year after year. The people of South Sudan have suffered enough and deserve better.”