The Sudanese Have Mixed Feelings About the Currency Float 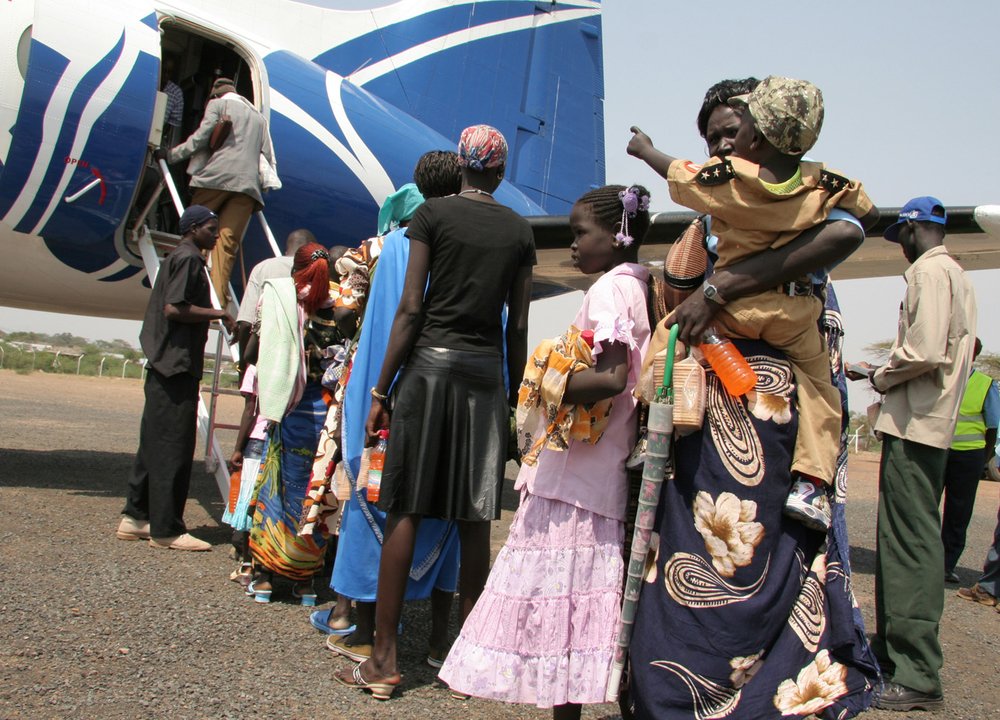 In light of Sudan’s decision to ditch its fixed exchange rate and adopt a managed float — in line with a reform program agreed last year with the International Monetary Fund that aims to close the gap between the official and black-market rates.

It is expected to shift the official rate toward black market levels — sending prices higher even as citizens already grapple with an inflation rate that topped 300% last month.

Hanan Ismail Ahmed, a Sudanese woman who is not happy with the shift, shares her frustration.

“Yesterday it was floated, and today I came to the market and found the prices have increased and it is getting worse, it was better before. I came a few days ago to buy items for my daughter’s wedding, and I found the prices doubled, sometimes more.”

The Sudanese people are feeling the effects and have already begun to express their discontent.

Protests have flared in recent weeks in several regions over skyrocketing prices, alongside bread and medicine shortages.

A Necessary and Temporary Evil

The central bank governor said the exchange rate policy shift will be cushioned by international donors financing a project to support low-income families from Monday. The program offers $5 dollars per month each to around 80%of the country’s 45 million people.

He added that the policy shift — which follows the recent appointment of a new cabinet tasked with tackling the economic crisis, is “imperative” to help achieve stability. Sudan has also begun applying a dual banking system, instead of solely Islamic banking, in a move allowing international banks to operate in the country.

Al-Samani Hanon, a local economic analyst, recognizes the pros within the recent move.

“I think that the positives are many for this decision, such as increasing foreign exchange supplies through expatriate inflows and through attracting investments, because it will facilitate the gap in the trade balance deficit as well as the external deficit in the balance of payments, and all of these will be addressed by liberating the exchange rate and increasing financial flows in the exchange market.”

Sudan’s economy was decimated by decades of US sanctions under Bashir, mismanagement and civil war — as well as oil-rich South Sudan’s 2011 secession. Bashir’s fall nearly two years ago came after months of protests against his autocratic rule that were triggered by his cash-strapped government effectively trebling bread prices.

The policy is one of several IMF mandated reforms — including reducing costly subsidies, aimed at securing debt relief and attracting investment.

Al-Samani Hanon explores the cons of the move:

“I think the negatives are the sharp rise in prices (inflation), which is the most important con of this decision, and in the short term the prices will increase by a lot, but they will fall again when the supply of foreign exchange increases in banks and the economy in general. The most important is the grinding price tag in light of the decline in capacity. Purchasing for Sudanese consumers, getting to the basics will become very difficult and a real challenge for families in the short term.”

Finance Minister Gibril Ibrahim urged people to tolerate the impact of the policy change, saying in a press conference that it “will require a high patriotic spirit” and “cooperation.”

The exchange rate policy shift comes amid concern that Sudan’s level of foreign currency holdings are approaching exhaustion. Authorities have not lately disclosed the level of reserves.

In October, Sudan signed a peace deal with rebel groups that observers hoped would end long-running conflicts in the country’s far-flung regions.

Last month, the government approved this year’s budget and it is aiming for inflation of 95% by the end of 2021.