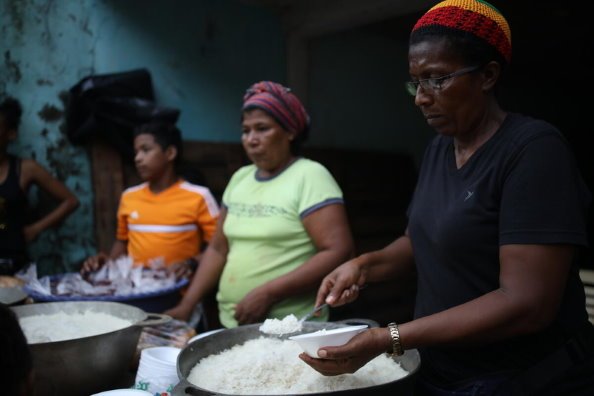 “Considering the level of destruction and setbacks faced by those affected, we expect this to be a long and slow recovery,” said Miguel Barreto, WFP Regional Director for Latin America and the Caribbean. “2020 was a year to forget across the world, and even more so for communities in Central America that were dealt a series of blows.”

With homes and farms destroyed, food stocks running low and job opportunities shrinking, nearly 15 percent of people surveyed by WFP in January 2021 said that they were making concrete plans to migrate. In a 2018 post-drought assessment only eight percent of respondents indicated they were planning to migrate.

The record 2020 Atlantic hurricane season dealt a severe blow to millions who were previously relatively untouched by hunger, among them people dependent on the service economy, tourism and informal jobs. Hurricanes Eta and Iota that struck Central America in November 2020 upended the lives of 6.8 million people who lost their homes and livelihoods.

WFP surveys estimate that food security in Central America nosedived as a result of COVID-19. The number of households that did not have enough to eat during COVID-19 nearly doubled in Guatemala compared to pre-pandemic numbers. In Honduras, it increased by more than 50 percent. An overwhelming majority of households in Honduras, Guatemala and El Salvador reported income losses or unemployment during the pandemic.

“Urban and rural communities in Central America have hit rock bottom. The COVID-19-induced economic crisis had already put food on the market shelves out of reach for the most vulnerable people when the twin hurricanes Eta and Iota battered them further,” said Barreto. “Many now have nowhere to live and are staying in temporary shelters, surviving on next to nothing”.

Communities in Central America have borne the brunt of a climate emergency, where consecutive years of drought and erratic weather have disrupted food production — especially staples like maize and beans, which depend heavily on regular rainfall.

WFP plans to assist 2.6 million people in El Salvador, Guatemala, Honduras, and Nicaragua in 2021 and requires US$47.3 million over the next six months.