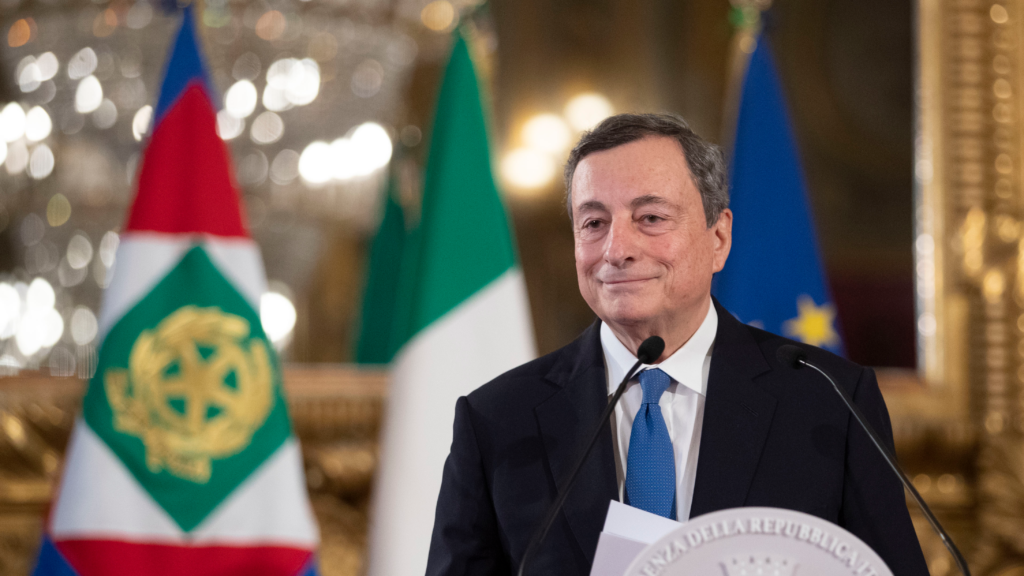 Draghi agreed on Wednesday to try to form a non-political government to steer Italy through the COVID-19 pandemic after last-ditch negotiations among political parties failed to produce a viable governing coalition.

Italy’s President Sergio Mattarella met with Draghi, who is credited with having saved the euro during Europe’s debt crisis, and gave him a mandate to try to form a new government to replace caretaker premier Conte’s coalition of the 5-Star Movement and Democratic Party.

Draghi told reporters he accepted the mandate, knowing that Italy faces the multiple challenges of a health care crisis, a national vaccination campaign and an economic recession. But he said he would at the same time have “extraordinary” resources from the European Union to try to help the economy relaunch.

“It’s a difficult moment,” Draghi, 73, said. Appealing for unity from Italy’s squabbling political forces, he added: “We have the chance to do a lot for our country.”

Draghi, known as “Super Mario” for having rescued the euro currency during the 2012 debt crisis, had been rumored as a possible choice to lead a non-political government if Conte was unable to find new parliamentary support. Negotiations among political parties failed on Tuesday.

His greatest hurdle, though, will be securing support from the 5-Star Movement, the biggest political bloc in the Italian parliament and the senior partner in Conte’s government. The 5-Stars had insisted on Conte remaining premier and bitterly resented Renzi’s power play that brought him down.

Five-star leader Vito Crimi said the movement would only support a political government. “As such, it will not vote in favor of a technical government headed by Mario Draghi,” Crimi said in a statement.

For the 5-Stars, a Draghi government imposed by Mattarella poses an almost existential dilemma. The anti-establishment, populist movement emerged as a potent political force in part as a response to Italy’s last technocratic government led by Mario Monti, in 2011-2013.

Under Conte, the 5-Stars had led two successive governments, starting in 2018 – allying first with the right-wing League and then the center-left Democrats.

A somber Mattarella told the nation on Tuesday night he essentially had no choice – explaining that while an early parliamentary election was a necessary “exercise in democracy,” it was ill-advised at this crucial time in Italy’s history. Italy, with more than 89,000 confirmed virus deaths, has the second-highest COVID-19 death toll in Europe after the UK. It is trying to ramp up its vaccination campaign and must report back to the EU how it plans to spend the recovery funds.

“It is therefore my duty to make an appeal to all the forces in the parliament so that they grant the confidence to a high-profile government not linked to any political force,” Mattarella said.