Trump faces deadline for impeachment response ahead of Senate trial 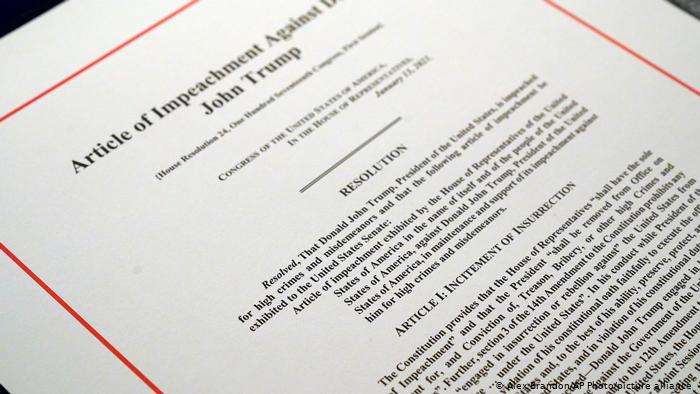 Former President Donald Trump has until Tuesday to file a response to his impeachment, as Democrats plan out a substantive case for conviction in the Senate.

Former President Donald Trump has until Tuesday to submit a formal response to the impeachment charge against him, as the Senate will hold a trial later this month. The former president was impeached in the Democratic-majority House of Representatives on the charge of “Incitement of Insurrection” following the January 6 siege at the U.S. Capitol building.

If convicted in the Senate trial, senators could then hold another vote to bar Trump from political office in future. Trump has previously hinted at a possible 2024 presidential run by him or an ally, for instance when saying “we will be back in some form” during his outgoing address shortly before Joe Biden’s inauguration last month. 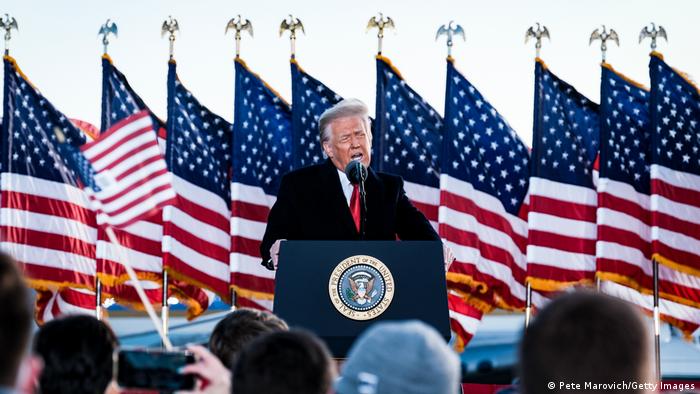 Trump told supporters his movement would likely return, in some form, on his departure from the White House

Although senators were sworn in for the impeachment proceedings last week, the formal trial will not begin until February 9. Senate Minority Leader Mitch McConnell, a Republican from Kentucky, requested the trial be delayed to give Trump time to put together his impeachment defense.

Trump seems unlikely to be convicted in the Senate, as the votes of 67 senators would be required, a two-thirds majority. Currently, the upper chamber of Congress is split 50-50 between Democrats and Republicans.

Democrats have signaled that they would use a variety of methods to connect Trump to the violent unrest at the Capitol, during which five people died. Senate Majority Leader Chuck Schumer recently told the MSNBC broadcaster that audio and video material would be used to lay out the case against Trump, along with witness testimony.

The Democrats could formally announce witnesses in the trial as soon as Tuesday. Schumer previously indicated that the Democrats might not call many witnesses to testify.

Censure as an alternative?

Democrat Senator Tim Kaine of Virginia, along with Republican Susan Collins of Maine, have floated the idea of censuring Trump instead. Although a censure resolution does not have the power of a conviction, it would allow the Senate to publicly rebuke the former president.

A censure resolution may be seen as a less divisive move to deal with Trump. It might also prove more politically palatable for Republican senators, some of whom face tough re-election battles in the 2022 midterms.