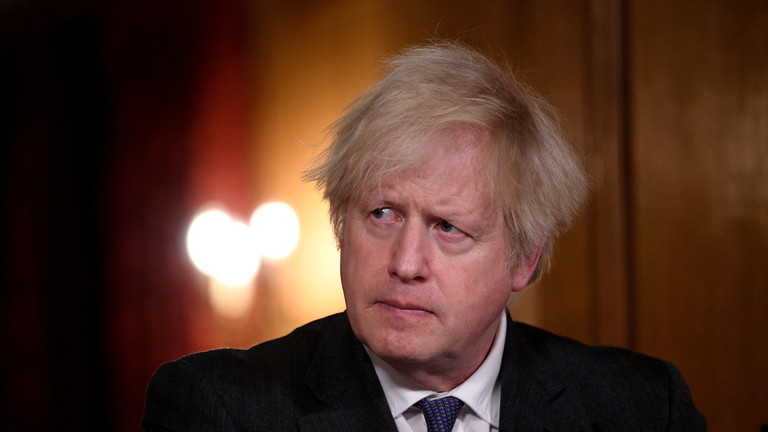 “It’s hard to compute the sorrow contained in that grim statistic, the years of life lost, the family gatherings not attended, and, for so many relatives, the missed chance even to say goodbye,” the PM said during a coronavirus news briefing on Tuesday.

“I am deeply sorry for every life that has been lost and, of course, as prime minister, I take full responsibility for everything that the government has done.”

On Tuesday, the UK death toll during the pandemic crept above 100,000 within 28 days of a positive test, as the government reported another 1,631 fatalities. It also registered 20,089 new cases of the virus.

The PM was joined at the briefing by England’s Chief Medical Officer, Chris Whitty, who warned the UK would see “quite a lot more deaths over the next few weeks” before the effects of the country’s vaccine rollout would start being felt.

As of Tuesday, more than 6.8 million people in the UK had received a first dose of one of the country’s three authorized Covid-19 vaccines, while 400,000 have received a second dose.

Whitty also stressed that the new, more infectious B117 strain of the virus discovered in the UK last year had “changed the situation we’re in very substantially.”

The variant has rapidly replaced old forms of the virus in the UK, and the government’s Chief Scientific Adviser Patrick Vallance said last week it may be 30 percent more transmissible.

The numbers of new Covid-19 infections in the UK are falling, but the country’s healthcare system remains strained, with more than 37,000 people hospitalized with the virus, according to the latest government data, published on Sunday.

The UK’s Covid-19 death toll is the worst in Europe and the fifth-worst in the world after the US, Brazil, India and Mexico, according to data from Johns Hopkins University, in the United States.