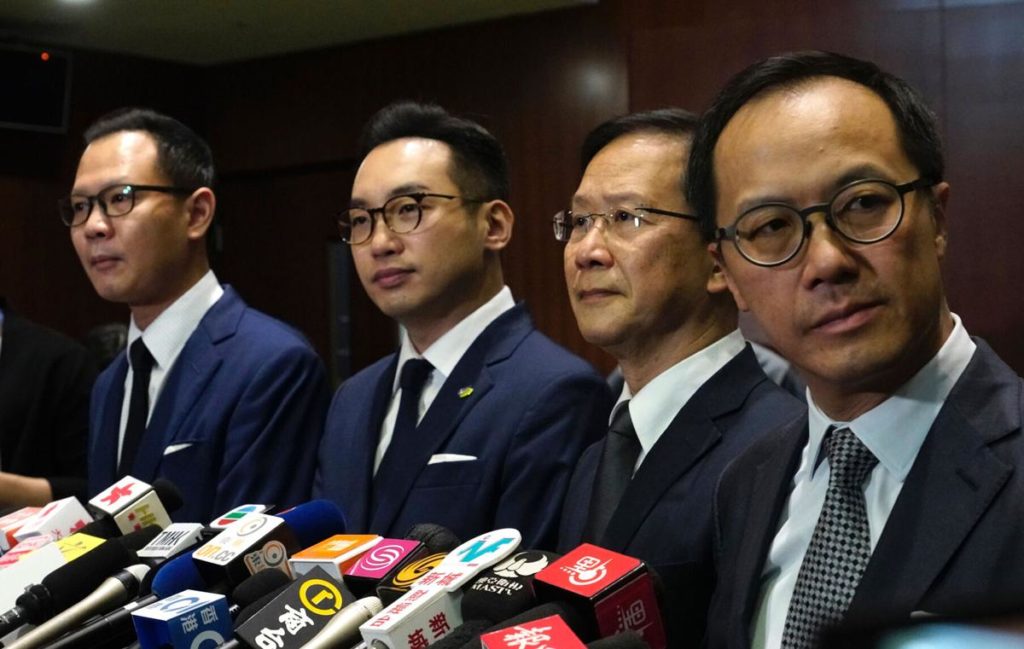 The United Kingdom has accused China of human rights violations amounting to “barbarism” against its Uighur minority, and introduced new rules to ban imports of goods suspected of using forced labour.

Foreign Secretary Dominic Raab, in comments to Parliament on Tuesday, said China’s abuses were “on an industrial scale” and outlined plans to bar British companies that inadvertently or deliberately profit from, or contribute to, human rights violations against the Uighurs in Xinjiang province, northwest China.

“It is truly horrific barbarism we had hoped lost to another era, being practiced today, as we speak, in one of the leading members of the international community,” he said.

Raab’s strongly worded comments will do little to improve ties with Beijing strained by its crackdown in Hong Kong, but the foreign secretary stressed that the UK has “a moral duty to respond”.

‘We must take action, to make sure that UK businesses are not part of the supply chains that lead to the gates of the internment camps in Xinjiang’

The measures introduced on Tuesday include a strengthening of the UK’s Modern Slavery Act to introduce fines for businesses not complying with transparency rules, extending the act to the public sector, and an “urgent review” of export controls around Xinjiang.

The UK has expressed concerns that the textile industry is not checking carefully enough whether goods from Xinjiang, which supplies nearly a quarter of the world’s cotton, are made using forced labor, AFP reported.

“We must take action, to make sure that UK businesses are not part of the supply chains that lead to the gates of the internment camps in Xinjiang,” Raab continued in his comments to Parliament.

British retailer Marks and Spencer restated last week that it did not use cotton from Xinjiang, as concern grows in the fashion industry about the region’s supply chains.

Last September, British MPs and peers proposed several measures that sought to force Britain to curb its trade ties with Beijing, by working to get the UK high court to declare that China is committing genocide.

At the time, former cabinet minister Iain Duncan Smith criticized the UK government because it had “still not got it right on human rights in China”.

Rights groups say more than one million Uighurs and other mostly Muslim people in China’s northwestern region of Xinjiang have been incarcerated in camps in a bid to root out Islamic customs and forcibly integrate minorities.

Uighurs showing adherence to conservative Islamic customs – including praying, fasting, abstaining from alcohol, growing a beard or wearing Islamic clothing – have been detained by authorities.

In September, a report found that China had built 380 prison camps to detain Uighur Muslims. An earlier report, by China scholar Adrian Zenz, claimed that China was sterilising Uighur women and imprisoning thousands of the Muslim minority. Beijing has dismissed these charges, saying it is operating vocational training centres to counter what it views as “Islamist radicalism” following a series of attacks it attributed to Uighurs.

Last June, an AP investigation found that a “climate of terror” was being created around having children, as Uighurs reported being threatened with detention in internment camps for having too many children.

The investigation also found that an unprecedented and dramatic drop in birth rates had taken place, transforming the population of the Xinjiang province from one of China’s fastest-growing regions into its slowest. Evidence shows that hefty fines were also put in place for the violation of family planning laws.

The Zenz report also revealed that former detainees in internment camps in Xinjiang said they were given injections that stopped their periods, or caused bleeding which was consistent with the effects of taking birth control.

Uighurs residing in the Middle East have previously expressed concern over being deported back to China, where they say they could be detained and persecuted.