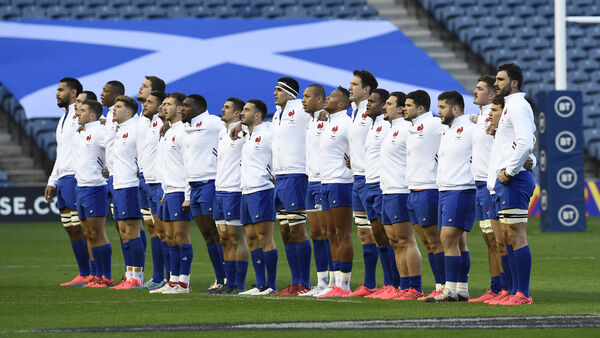 In this Covid-19 blighted rugby season, you could almost hear the relief leap off the press release as the Guinness PRO14 expressed its gratitude to competition stakeholders for helping it get fixtures back on the schedule.

Yet just as the news that Munster versus Leinster, a game postponed from round nine on December 26, would be played a week on Saturday in the absence of Heineken Champions Cup rugby over the next two weekends, came further uncertainty from France about their national team’s readiness to complete its 2021 Guinness Six Nations fixtures.

A day after the French government pulled the plug on its clubs participating in cross-border competition, forcing European Professional Club Rugby to postpone its matches for the next two weekends and suspend both the Champions and Challenge Cups, their focus switched to the Six Nations, due to kick off on February 6.

With case numbers of the virus soaring across Europe, but in Ireland and the UK in particular following the identification of a new, more easily transmissible variant of Covid-19, the French authorities have become alarmed at the thought of sending its citizens into competition against teams from those countries. So while French sport minister Roxana Mărăcineanu on Tuesday confirmed that the national team would be allowed to play Italy in Rome on February 6, she demanded more details on protocols on these shores before granting approval for the away games in Dublin and Twickenham.

Fabien Galthie’s side are due at Aviva Stadium to face Ireland in round two of the championship on February 14 while their appointment in London with the English is scheduled for round four on March 13.

“The first game will be played against Italy,” Mărăcineanu told RMC Sport.

“On the other hand, for the games against Ireland and England, we really need to obtain the necessary guarantees from these countries to show us their protocols are as demanding and serious as the ones we have in France.

“When there are international meetings, we endanger, in a way, the health of these athletes.

“So we have to have guarantees about what we are committing to as a means to preserve the health of athletes, and this must be the same in all countries.”

How much more detail is required by France in relation to public health protocols is unclear given that EPCR agreed last Thursday to bring the testing schedules of both PRO14 and English Premiership clubs in line with the Top 14, which tests players 72 hours before kick off rather than at the start of the match week. That was not enough to persuade the authorities to allow their clubs to participate in European competition over the next two weekends.

Irish rugby followers, in the south and east at least, will be relieved the vacuum has been filled by rescheduled PRO14 matches.

“PRO14 Rugby is grateful to each of its stakeholders for their flexibility and cooperation in rearranging these fixtures,” competition organizers said on Tuesday as they released the new dates for both Glasgow v Edinburgh and Munster-Leinster both of which had been postponed over the Christmas and new year period.

The Round 9 meeting between Glasgow and Edinburgh, initially postponed due to a frozen pitch, will now kick off this Saturday at Scotstoun while the Munster v Leinster clash originally set for St Stephen’s night but called off due to Covid concerns, has been given the go-ahead for Saturday, January 23 at Thomond Park with a 7:35pm kick-off. The interprovincial derby will be behind closed doors but is to be broadcast live on eir Sport.

The announcement will also come as relief to Ireland coach Andy Farrell. While there is still no fixture for either Connacht or Ulster, he will at least see his players from the other two provinces get a high-intensity run ahead of next month’s Six Nations opener against Wales in Cardiff on February 7.

Ulster have not had any PRO14 games postponed but will play Leinster in an A fixture this Friday in Belfast. Connacht are scheduled to play one of their make-up fixtures, against the Dragons in Newport, two days earlier although the Irish Examiner understands there are moves afoot to bring that game forward. Farrell is set to name his initial Six Nations squad in the last week of January.