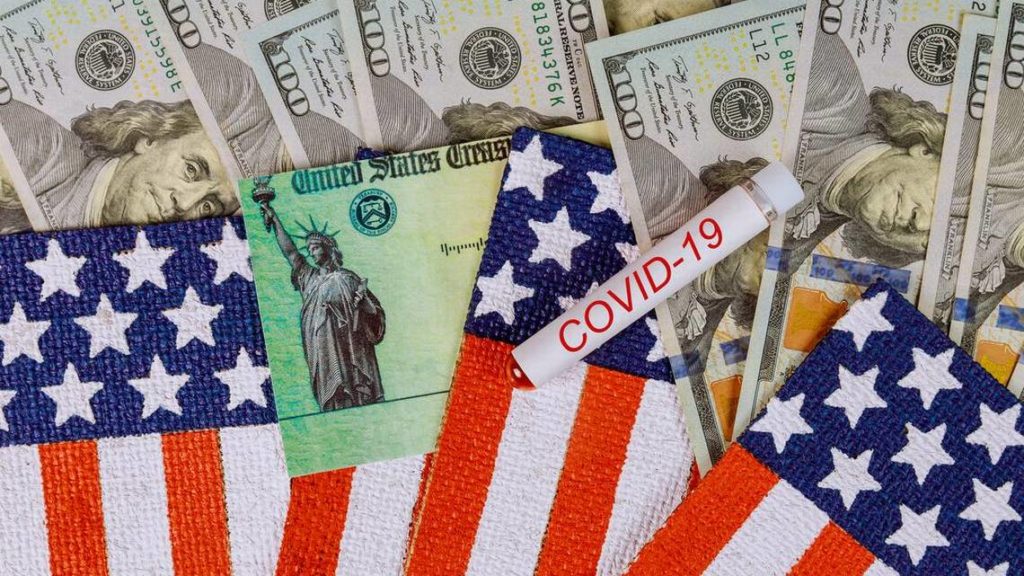 U.S. Citizens and green card holders— who were previously excluded from receiving the first round of stimulus checks in April if married to an undocumented immigrant — are likely to receive the second round of COVID relief money.

The House and Senate are expected to vote on the massive 5,593-page government spending and coronavirus relief bill, which includes payments up to $600, on Monday evening. The exact timing of the legislation becoming law is uncertain, though it is expected to pass after House Speaker Nancy Pelosi, Senate Majority Leader Mitch McConnell and Treasury Secretary Steven Mnuchin agreed to a compromise proposal on Sunday night after months of inaction.

“We have reached agreement with Republicans and the White House on an emergency coronavirus relief and omnibus package that delivers urgently needed funds to save the lives and livelihoods of the American people as the virus accelerates,” Pelosi and Senate Minority Leader Chuck Schumer said in a joint statement. “As part of the agreement, democrats have secured provisions that include…a new round of direct payments worth up to $600 per adult and child, also ensuring that mixed-status families receive payments. “

“This measure will ensure that a U.S. citizen is eligible to receive an Economic Impact Payment (EIP) if he or she is married to a foreign national who is not currently a citizen of the United States,” they said, noting that the inclusion will apply retroactively as a refundable tax rebate and that “eligibility is also included for the next round of EIPs.”

The unsent stimulus money for U.S. citizens married to non-citizens from the CARES Act relief bill that became law in March will be applied retroactively as a refundable tax rebate, in addition to the new payments in the upcoming second round of COVID relief money.

“Fixing the provision that denied some eligible American citizens from receiving a federal stimulus check under the CARES Act was an oversight that needed correction,” Rubio said earlier this year in an interview with a Telemundo Network . “No American should have been blocked from receiving federal assistance during a global pandemic because of who they married. I thank Sen. Tillis and my other Senate colleagues for their leadership in getting this across the finish line.”

In late March, the Senate unanimously passed a $2 trillion economic rescue plan that offered financial help to Americans across the country amid the global health pandemic. The checks, which were as much as $1,200 per adult and $500 per child, were sent to American households— except households that included an undocumented immigrant.

About 16.7 million people live in mixed-status families in the United States since March 2019, according to the Migration Policy Institute. About 11 million of those people are undocumented.

“The bipartisan inclusion of U.S. citizens married to non-citizens in stimulus checks is economically important, politically smart and morally right,” said Rebecca Shi, executive director of the American Business Immigration Coalition, an organization that for months has been working with both Republicans and democrats to make sure mixed-status families are included in any deal.

However, though Congress’s bill provides some relief to certain mixed-status families, it also puts billions toward detention and deportation systems that target them, immigrant advocates say.

“On its way out, the Trump administration is using desperately needed COVID relief to extract more money for DHS’s coffers—and Congress is complicit,” said Madhuri Grewal, a policy counsel with the American Civil Liberties Union.

The funding bill includes: $1.375 billion to Customs and Border Protection to continue building the Trump administration’s southern border wall, and $2.8 billion to Immigration and Customs Enforcement to detain up to 34,000 people daily.

“With ICE detention levels at their lowest in over a decade, Congress had a real opportunity to divest from detention and invest in our communities,” said Sarah Gardiner, director of policy of Freedom for Immigrants, an anti-immigration detention group. “It is deeply disappointing that following the deadliest year for immigrants in ICE custody in 15 years, and in the midst of a global pandemic, elected officials chose to fund detention for 34,000 people — twice the number of people currently in ICE detention.”

As of Friday, there were 15,993 immigrants in ICE custody, federal data shows.