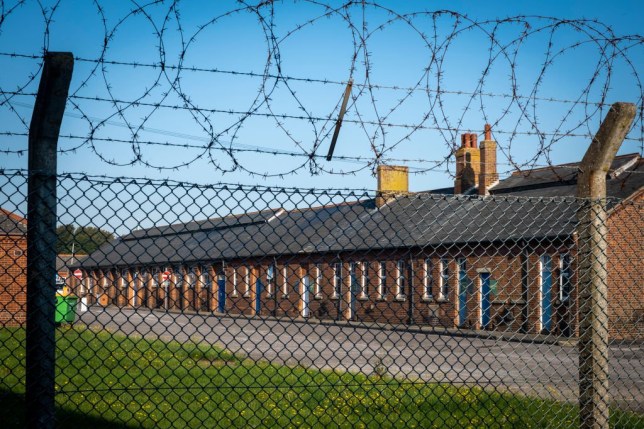 The Government is planning to house asylum seekers in several ‘camps’ without electricity, running water or healthcare, according to a Tory former immigration minister.

Caroline Nokes told MPs the Home Office’s plans are set to come into force straight after the end of the Brexit transition deadline on January 1. She warned that instead of deterring people traffickers, the plans have ‘far reaching complications’ and will ‘create a separate tier of asylum seeker’. Ms Nokes said such asylum seekers will not have their claim considered and the Home Office ‘will seek to return’ them to their native country – but ‘with no mechanism yet to do so’. ADVERTISEMENT Top articles by Metro People with disabilities struggling to get supermarket delivery for Christmas READ MORE READ MORE READ MORE READ MORE READ MORE SKIP AD The debate came three months after the Home Office began housing migrants in military barracks in Kent, where protests broke out last month over the poor, cramped conditions inside. Home Office minister Chris Philp argued the latest accommodation plans are ‘reasonable’ and ‘good’. Caroline Nokes MP warns reforms will create ‘a separate tier of asylum seeker’ Play Video Loaded: 0% 0:00Progress: 0% PlayMute Current Time0:00 / Duration Time5:06 Fullscreen Ms Nokes said Mr Philp’s plans to house people in camps with no water come at a time when ‘hygiene is critical’ and accused him of attempting to avoid Parliamentary scrutiny over the issue. Speaking in the Commons, she said: ‘They will be housed in camps… with no mains electricity, nor mains water. ‘He has just 10 working days before they come into force, and will the permitted development powers he intends to use to create several of these camps be extended by statutory instrument like these rules, avoiding parliamentary scrutiny?’ She added: ‘Does he think the changes might in fact see an increase to the asylum application backlog? ‘I ask the minister, does he have a strategic plan or does he hope housing people on sites where he admits he will not provide healthcare will just act as a deterrent?’ Protests were held last month over the treatment of migrants in the barracks (Picture: PA) Mr Philp responded: ‘I would say the accommodation we provide is reasonable, is good. There are 60,000 people currently being accommodated.’ He commented on the Government’s plans to ‘fix’ the asylum system once the UK leaves the EU and is no longer bound by the Dublin Regulation. The 2003 law determines which member state is responsible for an asylum claim – usually falling on the first country they entered in the EU. Mr Philp said the UK does need to deter Channel crossings and make sure that its legal process ‘works effectively’, noting ‘very often it does not do so’. Around 400 asylum seekers are being held in the Napier Army Barracks (Picture: Getty) He said the Government had a ‘proud record’ of helping those in need, adding: ‘The purpose of these changes are to prepare us for a life after Dublin. ‘It’s quite right that we make those preparations but at the heart of this is a desire to dissuade people, indeed prevent people from making unnecessary and dangerous journeys. ‘In particular across the English Channel, endangering their own lives, feeding ruthless criminal people smugglers and all for no purpose because France is a safe country, where asylum can easily be claimed, as are the other European countries these migrants have travelled through.’ Shadow Home Office minister Holly Lynch said the changes are being introduced ‘by the back door’ and give no opportunity for proper scrutiny in Parliament. But Conservative former minister Sir Edward Leigh argued the reason why migrants make the Channel crossing is because ‘they know that our present asylum laws are a complete joke’. Caroline Nokes accused the Home Office minister of attempting to push through the plans without parliamentary scrutiny (Picture: EPA) ‘That if you make it half way across the Channel, the chance of ever being deported are virtually nil because of the activities of so-called human rights lawyers who are actually putting lives at risk by their shenanigans in the law courts,’ he added. ‘What we want to have from the minister is an absolute firm commitment that as from January 1, if you cross the Channel it is obvious you are coming from a safe country, you will be immediately returned. That’s what we want to know.’