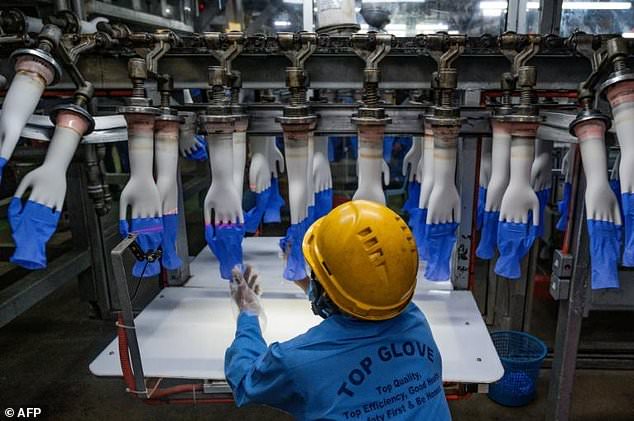 Bangladeshi migrant worker Sheikh Kibria recalls with horror the filthy, overcrowded dormitory where he was housed by the world’s biggest rubber glove manufacturer when a coronavirus outbreak erupted and infected thousands.

Malaysia’s Top Glove saw profits soar, and its stock price jump as much as 400 percent this year as countries worldwide rushed to buy protective gear as the pandemic intensified.

But in interviews with AFP, the South Asian migrants working flat out to make the gloves — who typically earn around $300 a month — described appalling living conditions, in cramped dormitories where up to 25 people sleep in bunk beds in a single room.

Some claim the company did not do enough to protect them despite repeated warnings.

The scandal has added to growing pressure on the firm, already under scrutiny after the United States banned the import of some of its gloves over allegations of forced labour earlier this year.

The infections also prompted factory closures and look set to have an impact on global supply.

Top Glove, which commands about a quarter of the world’s market, has warned of delays to deliveries and rising prices.

More than 5,000 workers — almost a quarter of the firm’s workforce — have tested positive after the outbreak at an industrial area housing factories and dormitories outside the capital Kuala Lumpur. 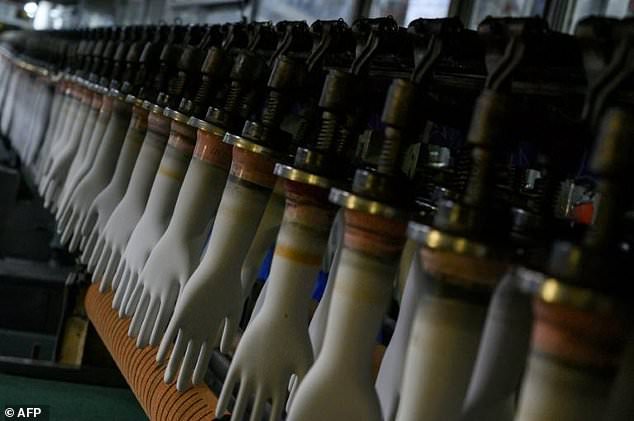 Some workers say they are scared to go back to the production line, even with social distancing measures

“The accommodation is so overcrowded,” said the Bangladeshi worker Kibria.

“The room itself is a bare minimum. It is quite impossible to maintain cleanliness when so many people live in a single room. It is like an army barracks — only less maintained.”

When the situation escalated last month, Top Glove began shifting infected workers to hospital and their close contacts to quarantine centers, reducing the numbers in dormitories.

Kibria, 24, was suspected of having Covid-19 so was first put in hospital, although he later tested negative and was moved to a hotel.

But critics say the actions were too little too late.

“The company had discussed decreasing people in the rooms before infections began but it never happened,” a Nepali production line worker, Karan Shrestha, told AFP.

“The rooms stayed crowded — and in the end coronavirus cases started to increase.”

“The company didn’t keep the workers safe. They are greedy and were more concerned about their income and profits,” he added.

AFP used pseudonyms to protect the workers’ identities, as they were fearful about speaking out.

As cases spiraled, the government ordered 28 Top Glove factories to close, out of the 41 it operates in Malaysia.

Authorities are planning legal action against the company over poor worker accommodation, which could result in heavy fines.

The firm, which has 21,000 staff and can produce 90 billion gloves a year, insists it is making improvements.

It has spent 20 million ringgit ($5 million) purchasing new worker accommodations in the past two months, and plans to build “mega-hostels” kitted out with modern facilities that can house up to 7,300 people.

“We are mindful there is much more to be done to uplift the standard of our employee welfare and promise to rectify shortcomings immediately,” said managing director Lee Kim Meow.

His comments came this week as the company announced a 20-fold jump in quarterly net profit to 2.4 billion ringgit ($590 million).

For those campaigning for low-paid migrants, the controversy highlights how companies continue to put profits before people.

“The company, its investors and its buyers have prioritized the delivery of more gloves, more quickly and at higher profitability over the welfare of its mainly migrant worker labor force,” said Andy Hall, a migrant labor specialist who focuses on Asia.

Malaysia, a relatively affluent Southeast Asian country of 32 million, has long attracted migrants from poorer parts of the region to work in industries ranging from manufacturing to agriculture.

Top Glove says the vast majority of workers who tested positive have already been released from hospital, and some factories are now reopening.

But some workers remain terrified at the prospect of returning to the production line, despite the company trying to enforce social distancing and providing protective gear.

“If we work in the factory, I would be really scared,” said Salman from Bangladesh, speaking from his hostel.

Even with extra safety, it is really tough to prevent an outbreak.