Up to 8.6 million Ethiopians face acute food insecurity due to COVID-19, displacement and high food prices 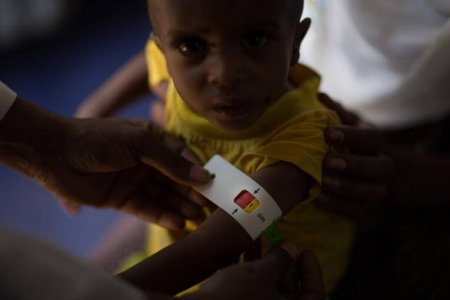 About 8.6 million people (16% of analysed population) are facing IPC Phase 3 or above. Of these, about 7.2 million are classified in Crisis (IPC Phase 3) and 1.4 million in Emergency (IPC Phase 4).

The 2020 IPC Belg and Meher analysis has analyzed a larger rural population of 53 million people compared to 41 million in the 2020 Belg analysis. The increase in population is due to additional areas from Meher dependent areas added to the previously analyzed population.

The January to July 2021 (first projection) period represents the seasonal post-harvest period for Meher and the lean season for Belg. Moreover, the March – May 2021 rains (Belg,Gu/Genna, Diraac/Sugum) are likely to be below average with a prolonged dry season, and shortage of pasture and water, resulting in poor body conditions for livestock, high cereal market prices and resultant negative Terms of Trade (TOT) for livestock-dependent communities.

Desert locusts (DL) destroyed crops and pasture in both Belg and Meher-dependent areas of the Amhara, Tigray, Afar, Somali and Oromia regions, reducing food availability and impacting the food security and livelihoods of the population. Traditionally, Belg areas experience the peak of food price hikes during the lean season that falls within this period and are exposed to multiple shocks. In addition, earlier migration of livestock keepers in search of water and pasture is likely in northern pastoral areas. This will most likely result in reduced animal based food products such milk, as well as reduced household income to buy food.

Overall, Terms of Trade (TOT) will likely continue to disfavor livestock keepers. In this period the key drivers of food insecurity are expected to be conflict and climate-induced displacement, floods, high food prices fueled by the COVID-19 pandemic, DL impacts on crops and livestock feed, a long dry season and poor performance of the February to May rains. Safety nets (PSNP) and Humanitarian Food Assistance (HFA) are expected during this period. Overall, an estimated 12.9 million people are expected to be facing high levels of acute food insecurity (IPC Phase 3 or above) in the presence of currently planned and funded humanitarian response interventions from January to June 2021.

In the second projection period (between July and September 2021), only 18 million people in Meher-dependent areas were analysed, while Belg-dependent areas were not included considering the expected analysis for these areas during July/August 2021. During this period, the analysed 18 million people located in Meher-dependent areas in the regions of Tigray, Amhara, SNNPR and Oromia will most likely experience their seasonal lean period when the majority of households typically run short of food stocks and depend on markets. Food inflation is projected to remain above 20% during this period and essential food commodity prices are expected to remain higher than previous years, affecting market access to the vulnerable population. Given the limited confirmed Humanitarian Food Assistance, about 4 million people are expected to be in IPC Phase 3 or above in the Meher areas.