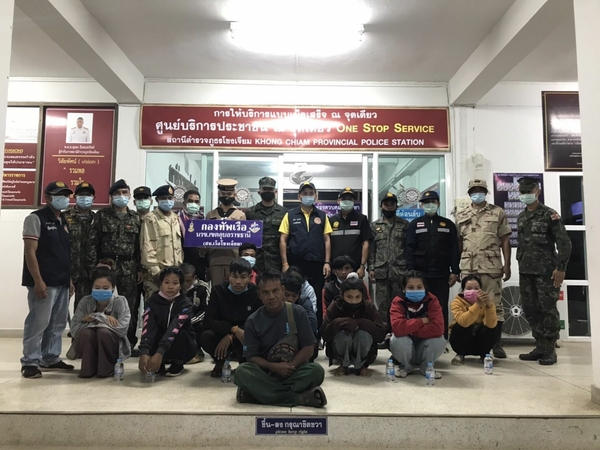 One of the migrants reportedly said that they had travelled from several cities in Laos’ Champasak province, and had paid an agency in Thailand Bt4,000 to Bt5,000 per person to transport them to Bangkok to find jobs.

The suspect and the migrants were taken to Khong Chiam Police Station for questioning.