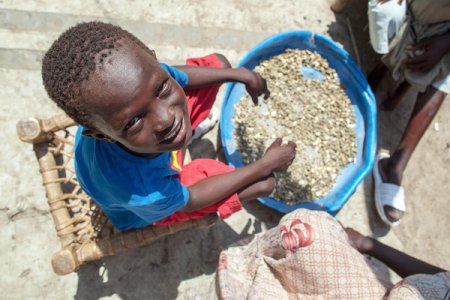 The county of Pibor was found to present a very concerning situation, with some indicators surpassing the IPC Phase 5 thresholds.

The IPC Acute Food Insecurity analysis was conducted in South Sudan from October 26th to November 16th, 2020. Due to breakdown in technical consensus in relation to the estimation of populations in IPC Phase 5 in six counties, on November 17th, 2020, the IPC South Sudan Technical Working Group partners requested the IPC Global Support Unit (GSU) to conduct a Real Time Quality Review to assess the presence of populations in IPC Phase 5 (Catastrophe) in the IPC Acute Food Insecurity analysis in the counties of Akobo, Aweil South, Pibor, Tonj East, Tonj North and Tonj South. During this process, the county of Pibor was found to present a very concerning situation, with some indicators surpassing the IPC Phase 5 thresholds. The RTQR proceeded with the activation of the Famine Review Process on November 19th, 2020, in accordance with the Famine Guidance Note1. The Famine Review Committee used the analysis and all evidence used by the IPC South Sudan Food Security and Acute Malnutrition Technical Working Group. The RTQR team reviewed the evidence and analysis for the other five areas and provided recommendations on the estimation of populations in IPC Phase 5 (Catastrophe) in a separate report.
It is important to note, that the main survey providing outcome indicators for the IPC analysis (FSNMS, October 2020), as well as additional evidence on nutrition, has sampled only the Western part of Pibor County (Gumuruk, Pibor, Lekuangole, Verteth payams). Pibor county’s population distribution indicates that the Western payams have about 80% of the population, prior to displacements towards Maruwa Hills and Labarab, estimated to be around 74% currently. While extrapolation of data from Western payams to Eastern payams would have been possible population-wise, the FRC estimates that the diversity of the livelihood zones, the different exposure and impact from floods or subnational conflicts, along with the different perspective of evolution in the coming months, would deserve a separate classification. This is in line with the IPC Famine Guidance Note (Section 2.7a), stating that ‘any population sub-groups or areas with at least 10,000 people can be classified in Famine or Famine Likely for current or projected time periods if the minimum evidence parameters are met for the specific population sub-groups or areas. The classification of sub-groups or sub-areas may be especially important if populations are thought to be in IPC Phase 5 Catastrophe’. In summary, while the TWG classified Pibor County as a whole, the FRC analyzed smaller units of analysis comprising four of the eight payams in Pibor county, hosting about three fourths of the county population in the Western part of the county, and separately the remaining four payams in the Eastern part.
As mentioned, additional outcome evidence on nutrition to those gathered in early November at the onset of the IPC analysis became available by the time the Famine Review was initiated. This evidence further confirmed the extreme severity and highlighted the continuous deterioration of the situation. This additional evidence, together with the already available evidence, has been essential in classifying Pibor County Western payams (Gumuruk, Pibor, Lekuangole, Verteth) separately from the Eastern payams, for which the minimum evidence level is not met, to produce a classification.