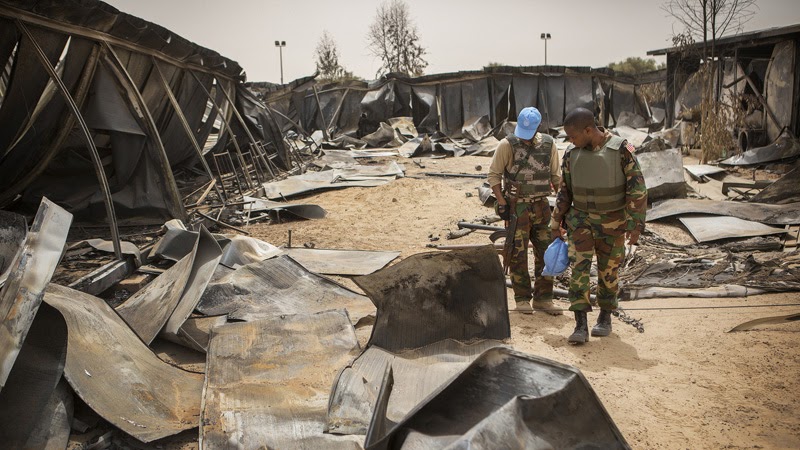 Children in Mali suffered a sharp increase in grave violations, particularly linked to the worsening security situation throughout the country. This was highlighted in the third report of the Secretary-General on children and armed conflict in Mali (1 July 2017 – 31 March 2020).

Covering a nearly three-year period, the report underlines how the protection and well-being of children affected by armed conflict has continued to deteriorate, and underscores the alarming rise in child casualties due to the escalation of violence and intercommunal conflict that continues to take a heavy toll on these vulnerable young people.

Areas in central and northern Mali accounted for the highest numbers, as verified by the United Nations, with more than 1,700 violations against children and reflecting a major increase in five out of the six grave violations during the period covered by the report. “I am extremely concerned about the deteriorating situation in Mali and I call upon all parties to conflict to abide by their obligations under international human rights and humanitarian law and take all necessary measures to end and prevent grave violations against children,” said the Special Representative of the Secretary-General, Virginia Gamba.

The recruitment and use of children remained the most prevalent violation with the number of cases (513) representing a two-fold increase from the previous reporting period. Most of the children were recruited and used by armed groups, with 45 reportedly used by the Malian armed forces (FAMA) in the Gao region. FAMA later released all 45 early in 2020. “The release of children by the FAMA was an important step in the right direction, and I urge the Government to hold those responsible accountable, while reinforcing protective measures to prevent cases of recruitment and use of children in the future,” said the Special Representative. “In particular, I encourage the Government to expedite the revision of the child protection code to criminalize the recruitment and use of children below 18 years old and to adopt the law abolishing a deadline for birth registration,” she added. “I am also encouraged by the commitments made by the armed group signatories to the 2015 Agreement on Peace and Reconciliation,” noted the Special Representative. She was referring to the ongoing dialogue between the United Nations and the Coordination de Mouvement de l’Azawad (CMA) in the framework of the Action Plan to stop grave violations adopted in 2017, and with the coalition “Platform,” including its affiliated groups, encouraging it to solidify its commitments by signing and fully implementing an Action Plan with the United Nations.

The report also highlighted a sharp increase in the killing and maiming of children, particularly in Mopti region, and how access to basic services such as education and healthcare was severely challenged throughout the period, with a total number of attacks against schools and hospitals increasing exponentially. “I am deeply alarmed by the rise in child casualties and attacks against education and healthcare facilities and I urge all parties to take necessary measures to minimize the effect of their military operations on civilians, particularly on children and civilian infrastructure,” said the Special Representative. “I welcome the measures taken by the Government to implement the Safe Schools Declaration and the Guidelines for Protecting Schools from military use and I look forward to its full implementation in the nearest future,” she added.

The United Nations continued to face challenges in verifying cases of rape or other forms of sexual violence due to the sensitivities involved in reporting this violation and the lack of specialized services for survivors, and the reported number of girls suffering this violence (74) is believed to be much higher.

The Special Representative expressed her appreciation for the positive collaboration between the relevant Malian authorities and the United Nations on the prevention of grave violations against children and the provision of care to children released from armed forces and armed groups. She called on the authorities to pursue accountability for perpetrators and strengthen mechanisms to bring justice to victims. “I urge the transitional authorities to pay particular attention to the protection of children during the transition period,” said the Special Representative. “The United Nations stands ready to continue to support the Government of Mali and international partners to address the challenges, including the adoption and swift implementation of Action Plans and other commitments by parties to conflict and the effective and long term reintegration of children. Such measures will ensure better protection of Malian children and prevent further violations,” she concluded.