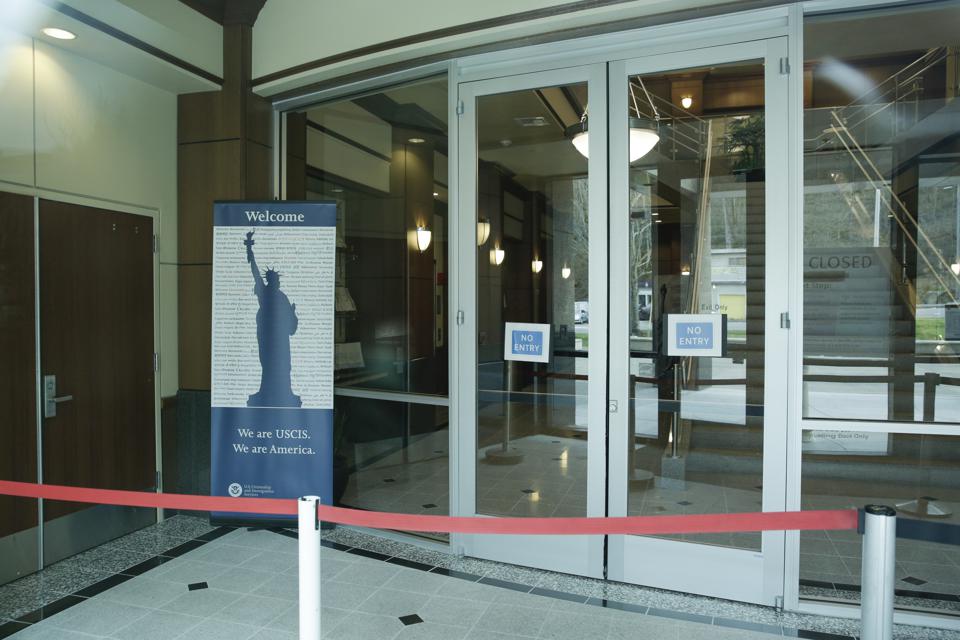 A new analysis finds denials for H-1B petitions have remained at high levels compared to previous years. However, the denial rate for new H-1B petitions dropped in the third quarter of FY 2020 due to the way U.S. Citizenship and Immigration Services (USCIS) decides on petitions selected for the annual H-1B lottery.

Healthcare & Life Sciences At The Edge: A Guide To AWS’ Solutions

Trump Spent $15 Billion On Border Wall But Skimped On Vaccines

Stop Using Alexa And Google Assistant Until You Change This

Examining data on the 25 companies with the most H-1B petitions approved for initial employment in FY 2019, the analysis found:

–        “The recent top 25 employers of new H-1B visa holders continued to have higher denial rates through the first three quarters of FY 2020 than in FY 2015 (i.e., before the Trump administration). Overall, 24 of the top 25 employers of new H-1B professionals had higher denial rates for H-1B petitions for initial employment in FY 2020 (through the third quarter) than in FY 2015.

–     “13 of the 25 top companies had H-1B denial rates for initial employment at least 9 percentage points higher in FY 2020 (through the third quarter) than in FY 2015. That included large technology companies Cisco and Uber.

– The highest denial rates continue to be for companies that provide information technology or other business services to American companies. The data indicate USCIS established a different standard for deciding cases for companies that provide information technology (IT) services. Immigration law does not have a different standard for adjudications based on the type of firm or the location where work will be performed.

The denial rate for initial employment through the third quarter of FY 2020 when compared to FY 2015 increased by 14 percentage points or more for 10 major companies that provide information technology (IT) services or other business consulting services.

–     “Denial rates for initial employment for H-1B petitions were generally between 1% and 5% in FY 2015 for the top employers of H-1B professionals, compared to denials rates that mostly ranged from 9% to as high as 56% through the first three quarters of FY 2020. In FY 2015, 16 of the 25 top companies had denial rates of 2% or lower for H-1B petitions for initial employment.”

When data become available for the fourth quarter (July, August and September) of FY 2020, and the first and second quarters of FY 2021, we should know what impact USCIS rescinding certain memos and issuing a new policy memo has on H-1B denial rates. The new memo was part of a settlement with the business group ITServe Alliance. Attorneys and companies blamed the higher denial rates, particularly for IT services companies, on the memos.

In its final months, the Trump administration attempted to lock in its policies on H-1B visas through two regulations that companies believed would have forced many existing H-1B visa holders, as well as international students, to no longer qualify for H-1B status. On December 1, 2020, a federal judge declared the administration violated the law when it published the regulations to restrict H-1B visas. The DOL rule took effect on October 8, 2020, and the DHS rule would have been effective December 7, 2020. U.S. District Judge Jeffrey S. White’s order vacated the regulations in a ruling that was binding nationwide.

Companies are eager to learn whether the Biden administration’s policies will result in lower denial rates for H-1B petitions. The numbers will tell the tale.