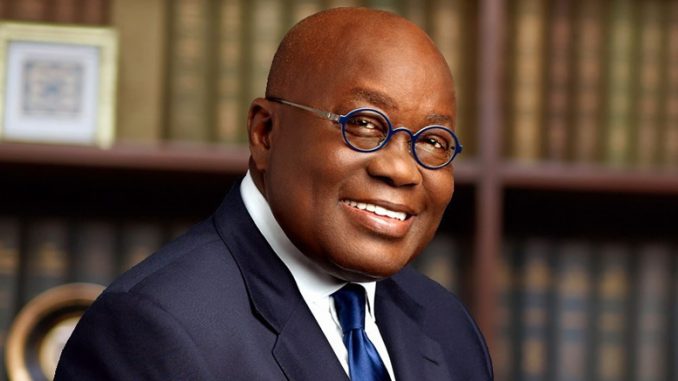 The President elect Nana Addo Dankwa Akufo Addo has pledged to the supporters of New Patriotic Party to work hard in order to hand over power to the party at the time tenure ends in 2024.

He further stated that the results of the 2020 parliamentary elections is a clear indication that Ghanaians want both NDC and NPP MPs to work together for the development and growth of the nation.

In an acceptance speech at his Nima residence after he was declared winner in Monday’s keenly contested election, Mr Akufo-Addo also called on Ghanaians to unite for the good of the country after a very divisive campaign.

The president also condemned the post-election violence in some constituencies and called on NPP supporters to decorous and modest in their well deserved victory and celebrations.

In a keenly contested election, the Chairperson of the EC Wednesday evening announced that NPP’s Nana Akufo-Addo polled 6,730,413 votes, representing 51.59% while the flagbearer of the National Democratic Congress (NDC), John Dramani Mahama placed second, garnering 6,214,889 which represents 47.36% of the total ballots cast.

The figures according to the EC exclude results from the Techiman South constituency.

Total valid votes cast, according to the Electoral Commission, was 13,434,574 representing 79% of total registered voters.

This is the second time the Mr Akufo-Addo has defeated Mr Mahama in an election. In 2016 Akufo-Addo beat his closest contender wrestle the presidency from him. That victory came after Mr Mahama defeated Akufo-Addo in the 2012 elections.