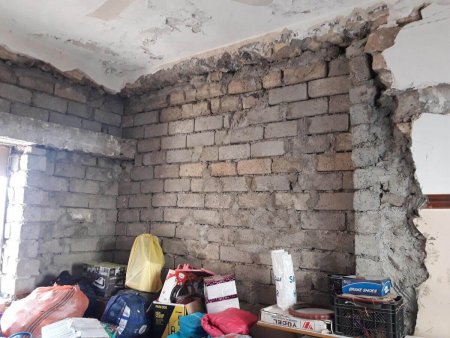 Malaysia is pressing companies to quickly upgrade staff housing after a major outbreak of COVID-19 in the teeming dormitories for migrant workers providing the world with personal protective equipment, something labor rights groups had been warning of for months.

The country counted a record 2,188 COVID-19 cases on November 24, most linked to company dorms for migrant workers at Top Glove, the world’s leading latex glove maker.

The next day, Defense Minister Ismail Sabri Yaakob announced that authorities would start enforcing new worker housing rules right away, and imposing fines of some $12,300 for every employee in substandard accommodation.

Act 446 was passed into law in July 2019 and took effect this past September 1, extending employee housing standards that had applied to mine and plantation employers only — including minimum dorm space per worker — to all sectors.

“Errant employers will be taken action [against] accordingly as per the Act. As such, completed investigation dossiers [have] been referred to the Deputy Public Prosecutors office for further action,” he told VOA.

Labor rights groups had been complaining about the cramped and dirty conditions many companies force their migrant workers to live in for years and welcomed the expanded housing rules.

Joseph Maliamauv, a director at local rights group Tenaganita, said employers have had well over a year to get ready for those rules. He also said he doubts the government would be enforcing them now if it weren’t for the outbreak. As recently as September, the human resource minister said his plans were not to fine errant employers so much as to “educate and encourage” them to comply.

“They had more than enough time, but nobody took it seriously until now,” said Maliamauv.

Labor rights groups said a major COVID-19 outbreak among migrant workers in neighboring Singapore in April should also have been a call to action for authorities here.

Malaysia’s government said at the time that it was learning from Singapore and ordered employers to start testing all their migrant workers, but it soon settled for construction workers and security guards, and only in some regions, Maliamauv said.

Top Glove itself put out a glossy video on May 1, Labor Day, telling workers it was doing all it could “to ensure you are always safe and well protected.”

However, employees say the company did little more than pass out gloves and masks, take their temperatures at the start of each shift and remind them to keep their distance.

Now, 28 of Top Glove’s 41 factories in Malaysia are shuttered while the company copes with the largest COVID-19 cluster the country has seen since the pandemic began.

A Top Glove production line supervisor from Bangladesh told VOA that he and his 29 roommates were never tested before the entire bloc was put on lockdown on November 17.

The 30 men share two bathrooms among them, although water often runs short during peak hours. There’s no air conditioning, and the fans do a poor job of keeping them cool on sweltering nights.

“We were very worried since the pandemic started about getting infected, but this is where we have to live,” the young man said, speaking on condition of anonymity for fear of reprisal.

“We’ve been very worried about living in one room with 30 people because if one person gets it they can bring it back. We’re worried, but we have no choice,” he said.

Eleven of his roommates have since tested positive for COVID-19 and been sent to the hospital or put into quarantine.

“If they [Top Glove] had taken the right steps, maybe this situation would not have happened,” he said. “The company did not take care of us and protect us from COVID-19 the way it needed to.”

In a recent statement, Top Glove said its efforts to upgrade the dorms were continuing and would be complete by the end of the year.

Maliamauv said the same conditions, and worse, still exist far and wide, and that the Human Resource Ministry’s enforcement efforts could not afford to end with Top Glove.

“There are hundreds of employers who are not in the news that are still providing sub-standard housing, so it has to be continued,” he said. “Whether the minister lasts in the position and whether he has the stamina to do it, whether the employers lobby strong enough [for delays], that all depends. But as of now I am a little bit optimistic that some changes will occur.”

“Many of them are actually depending on the government’s assistance to remain in business, and if at the same time they also have to actually face penalties that are imposed by authorities, then of course it’s going to be very hard for them to survive,” said Shamsuddin Bardan, executive director of the Malaysian Employers Federation.

The Federation of Malaysian Manufacturers and the Small and Medium Enterprises Association of Malaysia have also urged the government not to impose stiff fines while the pandemic continues to batter the economy.

While soaring global demand for protective gear has blessed Top Glove and other local rubber glove makers with record profits this year, many companies are suffering.

If authorities do press ahead with fines now, Shamsuddin said, “then I would say it’s just like trying to kill them faster.”