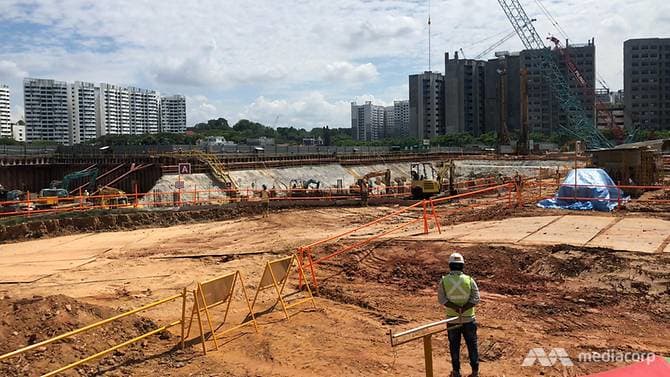 Bangladeshi MD Rayhan, who worked in Singapore for seven years, has been stuck in his village in Bhola district since March.

He went back to see his family after leaving his previous job and was due to return to Singapore on Mar 21 to start work with a new employer.

But on Mar 18, the Ministry of Manpower (MOM) announced that both existing and new work pass holders had to first get its approval before travelling to Singapore. This was implemented in line with additional border restrictions put in place as Singapore battled a rise in imported COVID-19 cases.

Mr Rayhan said his new employer, O2r Fire Systems, has repeatedly – and unsuccessfully – applied for him to enter Singapore. His in-principle approval will expire on Dec 31.

An in-principle approval is issued when a work permit is approved, and employers have to bring the workers in during the validity period stated on the document.

“My bad luck,” Mr Rayhan told CNA over the phone.

Four remarkable individuals have come together for a music video called Undefeatable to showcase the power of their dreams.

“(It’s) hard to live now,” he added, explaining that he has wiped out about S$4,200 in savings and borrowed another S$3,000 from a friend to support his family of seven – his parents, three sisters, his wife and himself.

He said there are no jobs in his hometown right now.

READ: IN FOCUS: The long, challenging journey to bring COVID-19 under control in migrant worker dormitories

For some workers like Mr Matharan Subbiah, who worked in Singapore for 16 years, his work permit expired in November while waiting for months to return to his job here.

He had travelled to India in February for a break – having not seen his family in two years – and booked a ticket back to Singapore in April. With the expiry of his work permit, he is no longer officially considered an employee of Kongsberg Technology, the contractor he worked for.

While Mr Subbiah found work helping his neighbours build their houses in a Tamil Nadu district, he earns only 400 rupees (S$7.25) a day, less than a tenth of what he used to earn as a project coordinator in Singapore.

The money, together with the S$2,000 he borrowed from his brother, is enough to support his mother, wife and three-year-old daughter, he said, but life is still “very difficult”.

His former employer, Mr Sim Kian Eng, is just as anxious for him to return to Singapore and plans to rehire him once the opportunity arises. Like other contractors, the general manager of Kongsberg Technology is in desperate need of workers.

Construction companies are facing a backlog of projects since they were allowed to fully resume activities in August following the COVID-19 “circuit breaker”. Firms are under pressure to meet project deadlines or face costly fines.

Apart from employees stuck overseas after going home for a break, new workers have been slow to enter as well due to border restrictions.

Mr Sim has 35 workers in Singapore and another six overseas, including those whose work passes have expired. He said he needs another eight to 10 workers.

He has requested for workers through a recruitment agency and the Singapore Contractors Association Limited’s (SCAL) Construction Manpower Exchange, a platform for firms to hire workers who are already in Singapore. He has not received any positive responses.

To cope with the manpower crunch, his workers have been working longer hours with overtime pay.

“The strain isn’t there yet”, Mr Sin said, but his company is expecting “some big projects” to start early next year.

O2r Fire System’s founder Chan Chi Lon, who is Mr Rayhan’s employer, said he had to drop a project recently because he was not able to meet the client’s price.

Costs have gone up as he has had to engage more sub-contractors to work on his projects. Before the COVID-19 restrictions, he could just hire more workers.

Mr Chan has 18 work permit and S Pass workers in Singapore, but he wants to double that number.

The plan for 2020 was to scale up the two-year-old business. Instead, he can only take on enough projects to sustain it, especially when the months ahead are still uncertain, he said.

Without people like Mr Rayhan – who was supposed to start work as a safety supervisor – Mr Chan is looking to companies specializing in safety work to ask if they can allow some of their employees to go over on an interim basis. But he is not hopeful as other companies are also facing the same issue.

One silver lining, he noted, is that none of his workers has left his company – perhaps because he did not cut their salaries during the circuit breaker, he said.

He has heard of workers moving to another job that claims to offer a higher salary. Under current rules, workers whose work permits are between 21 and 40 days of expiring can transfer to another firm without consent from their existing employer.

Both MOM and SCAL have acknowledged the issue. In an October circular, the construction body said several members have told them about a growing number of workers “seeking transfer to other companies without knowledge or consent of the current employer, requesting for higher salaries”.

In November, MOM sent out a notice to contractors saying it is aware of the labor constraints.

It advised employers to keep their existing workers by working out “mutually acceptable terms early” and reminded them that they could renew work passes as early as two months before expiry.

In a joint statement to CNA, MOM and the Building and Construction Authority (BCA) said that Singapore limited entry approvals for work pass holders to reduce the risk of imported COVID-19 cases and protect public health.

“We will continue to adjust our border measures taking into account feedback from the industry about their need for new foreign workers and as the global situation evolves,” they said.

India and Bangladesh, where many of Singapore’s migrant workers come from, are still struggling to contain the COVID-19 outbreak.

The ministry and BCA did not respond to queries on how many work permit holders’ entry applications are approved daily.

After four workers were poached by other employers in the past two months, CHC Construction’s founder Laurence Liau quickly renewed the rest of his workers’ work passes more than 40 days before their expiry date.

During those two months, he said another five or six people had requested to leave after their work passes ended.

READ: Uptick in complaints about renovation noise as more people work from home

To motivate the rest to stay, Mr Liau said he increased the salary of about 90 workers by approximately 20 per cent, which comes up to a five-digit sum every month.

He has also rejected eight projects so far, afraid of liquidated damages if his current team cannot handle them all, unless he can get hold of another 20 to 30 workers.

If labor supply continues to run short, Mr Liau said he might have no choice but to let go of staff members in management positions.

Mr Danny Gay, the director of recruitment agency MCI Consulting, said usually, he and his team are the ones calling contractors up to offer their services. But since September, he has been inundated with requests for workers and has agreed to help about 50 companies look for 200 workers in total.

He added that every week, about 20 workers approach his company requesting to transfer to another employer. But only fewer than 10 are found to be suitable, he said. The rest have either not sought consent from their bosses or insist on an extremely high salary.

Workers have also taken the chance to bargain with their new employers for better pay, Mr Gay said. Before the pandemic, their average salaries were between S$550 and S$600. Now, it is between S$750 and S$800.

Unfortunately, he said, there is “nothing much employer(s) can do” to ease the burden.

“Every day, when contractors are meeting each other, we’ll be asking: ‘You got worker?’ Everybody (is) asking the same question,” Mr Liau lamented. “There is no solution.”