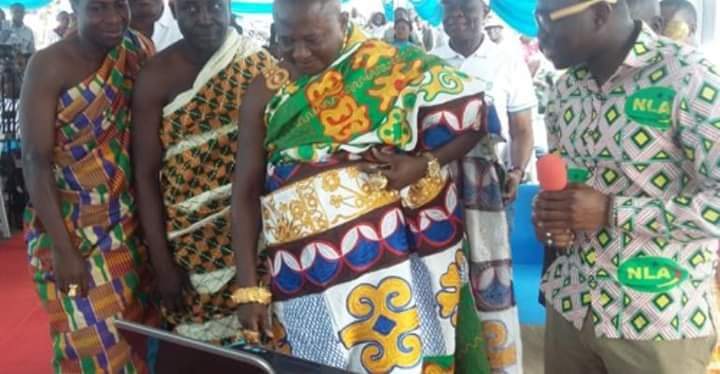 The charges brought against Nana Dompoasehene were numerous, and damaging.

They included charges of financial impropriety….. embezzlement of Stool Revenue. Misuse of Funds raised through special fundraising efforts such as community ‘harvests,’ which were then deposited in a Bank under agreed upon Dompoase account, intended for specific community projects. However, the Chief is said to have surreptitiously removed the money into his own personal bank account, without the knowledge or approval of the people.

He was charged with misrule, and tyranny—– he did not consult his sub-Chiefs in taking decisions; and did not respect their opinion. He was therefote accused of being tyrannical towards his counsellors and people.

Even more damaging was the accusation of engaging in sexual improprieties with the wives of a sub-Chief, and wives of his subjects. More disturbing was that he did so ‘by physically overpowering’ the women.

This is a serious charge that constitutes a flagrant crime, that potentially could lead to uprising.

It was one of the charges, among many that was levelled against Asantehene Mensa Bonsu in his destoolment hearing in 1883. He was destooled.
.
The Dompoasehene’s sub-Chiefs therefore concluded that they could no longer serve him as their Chief. As a result, all the Kumase Traditional Fekuo (e.g. Konti; Akwamu; Gyaase; Nifa, Benkum); all agreed with the decision made by the Dompoase sub-Chiefs.

Otumfuo Santehene, in summation agreed with the decision.

Asanteman is a Nation of Laws, Customs, and Traditions. If you haven’t been caught, be careful.

After Ntim Gyakari, Dankyirahene laid Adansi to waste, Abu Bonsra, Adansihene fled to Akyem with dozens of his Chiefs and their people.

Following the defeat of Dankyira in 1701 by the “ASANTE” fighters, Osei Tutu Ɔpemsoɔ, who became the first Asantehene, asked all those who had fled from the tyranny of Bɔ Amponsem and Ntim Gyakari of Dankyira, to return, and rebuild their States and towns.

In the case of Adansi, Osɛi Tutu gave the name “Afriyie”, meaning one who had arrived at an opportune, propitious moment. Osei Tutu Beyɛɛman had given Adansiman its Freedom. So the Adansihene became known as Bonsra Afriyie.

However, as our elders advise,

It was agreed upon that Ɔpemsoɔ should have direct contol over some Adansi towns. These towns were to serve Kumaseman which Dompoase happened to be one of them.