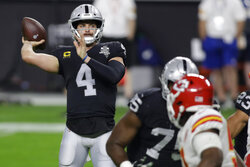 I remember the debate decades ago over whether the media was liberal. By describing Trump’s immigration policies as “divisive” in the first paragraph of your front page census story (Daily Camera, Nov. 28), it’s clear that the answer is still a resounding “yes.”

The administration is challenging the practice of allocating congressional seats according to the raw census count, which includes illegal aliens. Their position, and mine, is that it’s harmful to our political process to award congressional representation by including people who can’t participate in that process and are here in violation of our laws.

The language in the Constitution says “persons,” but it also excluded Indians at the time because they weren’t regarded as part of the nation. As there weren’t any immigration laws in the 18th century, the concept of being in the country illegally is something that would have been alien to them. (No pun intended.)

If our Constitution were being rewritten today, or we simply held a referendum on the topic, I’m confident that a large majority would reject the idea that illegal aliens should count toward political representation.

Is it also “divisive” to oppose birthright citizenship? Other than Canada, no other first-world country grants it, and many have repealed it precisely because it’s harmful to national cohesion and contravenes the idea that citizens, and not gate-crashers, should control their countries’ destinies.

Both political sides have blind spots on issues where time and changed circumstances demand changes to antiquated policies. Conservatives don’t want to accept that majorities like government spending nor do they want to acknowledge global warming. Liberals need to realize we can’t have 18th- and 19th-century citizenship practices with 20 million illegals, migrant caravans, a strong social safety net and cheap worldwide travel.

The Constitution is not a suicide pact.

Our loved ones are in danger of neglect and abuse, but we can fix it. Direct care workers are the wonderful people who specialize in caring for others; specifically, I am addressing the DCWs in assisted-living and nursing facilities. Stress in these communities can have abusive and even deadly consequences, as studies have shown that increased stress levels of DCWs leads to a more lenient attitude toward abuse and neglect.

These workers were already under stressful conditions caused by understaffing and underpaying. Under these conditions, DCWs are unable to properly care for residents, but if any more workers were hired to change this, financial stability would be at risk. Now add the recent stress of protecting the residents from Covid-19.

We can fix this.

We should direct a portion of Social Security toward care facilities, or facilitate the application of Medicare to assisted-living facilities to bolster the company’s ability to pay workers.

Furthermore, perhaps if more training were required for workers, employers would be willing to pay more for expertise. For this training, I suggest a module much like the Red Cross’s first aid class that would provide basic introduction and hands-on experience in handling the physical, mental and behavioral needs of the elderly, then workers would have experience and understand the job they are getting.

DCW jobs could potentially be an asset to young adults trying to get experience in nursing or psychologists, especially for places like Boulder that have major universities associated with them. So we should do everything we can to make these jobs a good option.

We must take a stand and protect not only our family members in elderly communities, but also the workers who care for them.

Many of us were taught, treat others as you would like to be treated. Hold high human decency, ethics and morality.  Be humble and kind.

For me it was Mom teaching, Dad practicing. A tougher lesson was standing up to bullying and mistreatment of others.  Whether it’s bullying, false accusations or threats and scare tactics. Whether it’s directed at friends and family, or those you’ve never met. Stand up and stand firm.

Current U.S. history will be woven with the fabric of these actions and teachings.

Americans hold high the inalienable rights to life, liberty and the pursuit of happiness. We also carry responsibility and obligation to protect these rights. Witnessing our leaders infringe on these rights, for personal gain, no matter the reason, requires attention and action. The very character of our nation is being tested by how we each react. Our one small voice is much the same as voting.  One vote, yet with millions of others, a focused statement rendered.  We the people believe …

Listen more than talk, build bridges, be calm. Rest assured bullying is only effective with an accepting, complacent audience.

Paralyzed, unsure, capitulating? Close your eyes, put on the shoes of those directly impacted, scared for their lives and the lives of their family, who cannot relax nor pursue life, liberty and happiness.

Be humble and kind.  Find a way to stand up, stand firm and be heard. Mom said it makes a difference. Dad practiced it.