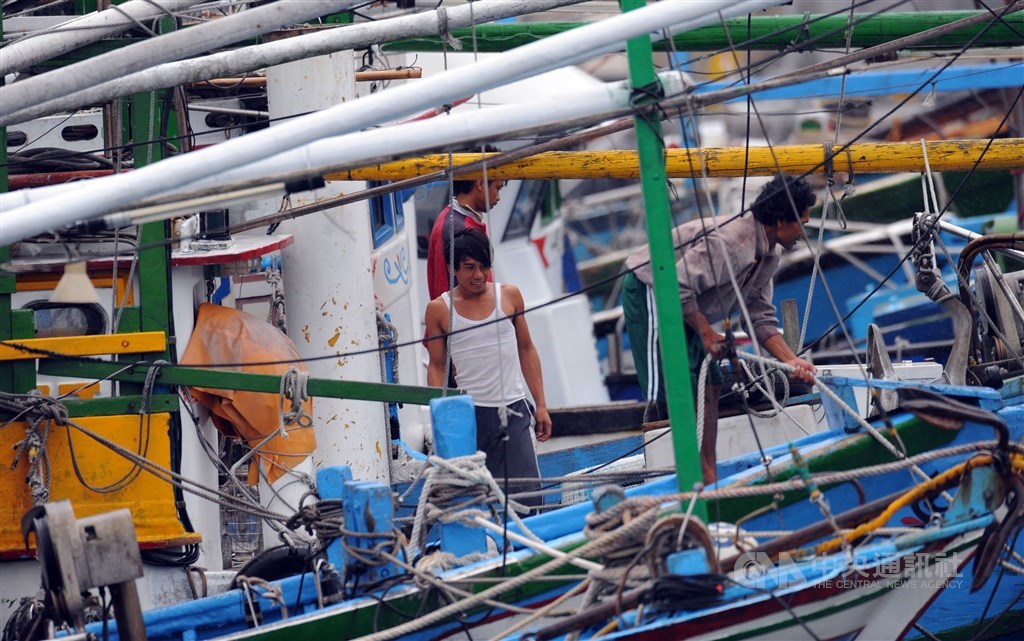 Taipei, Dec. 5 (CNA) Prosecutors in Yilan have filed human trafficking charges against a Taiwanese labor broker and two others for allegedly contracting migrant fishermen using fake employment applications, and then profiting off their placement in jobs where they worked long hours for little pay.

In a press release on Friday, the Yilan District Prosecutors’ Office said the main suspect, a labor broker surnamed Huang (黃), had used fake employment applications to contract 15 migrant fishermen since 2017, and then send them work illegally in the local fishing industry.

In 2018, after he allegedly reported one of the migrants as missing, he sent him to work at a New Taipei City seafood distributor run by two accomplices — a man surnamed Chang (張) and a woman surnamed Tsai (蔡) — who forced the migrant to work more than 10 hours a day without days off or overtime pay.

In 2019, prosecutors alleged, Huang introduced another migrant to the couple to work as a laborer on their fishing boat.

When the man later lost a finger in an accident aboard the boat, the couple illegally sent him to work at their distribution company, again with long hours and little compensation, and threatened him that he would face consequences if he reported it to the Ministry of Labor, the prosecutors’ office said.

Following an investigation, prosecutors on Friday indicted all three suspects under the Human Trafficking Prevention Act, while Huang was separately charged with forgery and violations of the Employment Service Act.

Taiwan employs around 700,000 migrant workers, mostly Southeast Asians, in a wide range of industries, including construction and manufacturing, as well as in homes as elderly care providers.

Many are not included under the Labor Standards Law that local workers are protected by.

Rights groups say many also owe so much debt to brokers in their home country and in Taiwan just to get a job, that they are forced to put up with illegal or abusive treatment, for fear they would lose their job and not be able to pay back the debt. This makes them essentially victims of human trafficking under the International Labor Organization’s definition of trafficked persons.