Opinion: I weep for my beloved Ghana, the serpent has destroyed our country 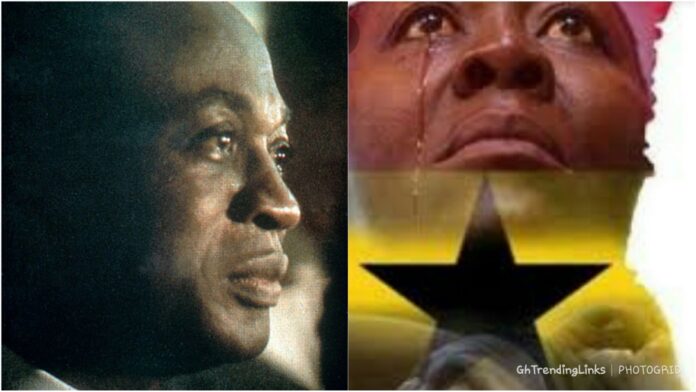 Everybody knows how poisonous and dangerous the snake is, but no one ever thought it could wreck the fortunes of a nation. This thought caused me to fast and pray for my country, and suddenly, the Spirit of God came upon me, and I started speaking in tongues:

I have been “raptured” in the spirit. I see a huge “angel” standing beside me weeping. I asked him why he is weeping.

He screamed, “Afrane my daughter, I’m weeping for Ghana.”

I shouted, “Angel, please I’m a man oo. I’m not your daughter sir.”

Oops, sorry, my son. The state of affairs in your country is confusing me,” explained the angel.

He beckoned me to follow him. We flew to a very tall building. What I saw was disgusting, nauseating and disturbing. I saw the inscription GCB. I saw people carrying some boxes. On the boxes were written 52 billion taxpayers’ cash. The people were packing the boxes into vans with the inscription “Ken and Family Inc.)

Subsequently, we flew over a house near Nima, and I saw what seemed to be an indoor football match. The angel opened my spiritual eyes to see a football in a room with the inscription urban roads on the door. On the football is written USD40,000.

A man in the room kicked the ball to his wife on the Nima Astroturf, the wife sent a short pass to a companion, her companion looked left and right and sent a powerful shot towards the goalposts.

For a moment I thought the ball was going inside the net, but I was wrong, kikikikiki, Oga shot-up like an arrow, wriggled like a serpent and grabbed the ball with both hands. Laa ilaa, ilaa laa, what a save!

Thomas Jefferson, the third President of the United States once said, “Indeed I tremble for my country when I reflect that God is just: that his justice cannot sleep for ever: that considering numbers, nature and natural means only, a revolution of the wheel of fortune, an exchange of situation, is among possible events: that it may become probable by supernatural interference!”

To borrow Jefferson’s words, I tremble for my country when I reflect that over 100 major corruption allegations have been recorded under the Great Serpent, I shudder to reflect that the wealth of a whole nation has been willed to a FAMILY, we can’t continue like this, a revolution of the wheel of fortune and an exchange of the situation in Ghana must be activated. It is now or never. Vote out the corrupt Family and Friends government on December 7.

Oh Lord have mercy on us oo. Awwww, Awurade we beg, begye steer no wai. We need supernatural interference!