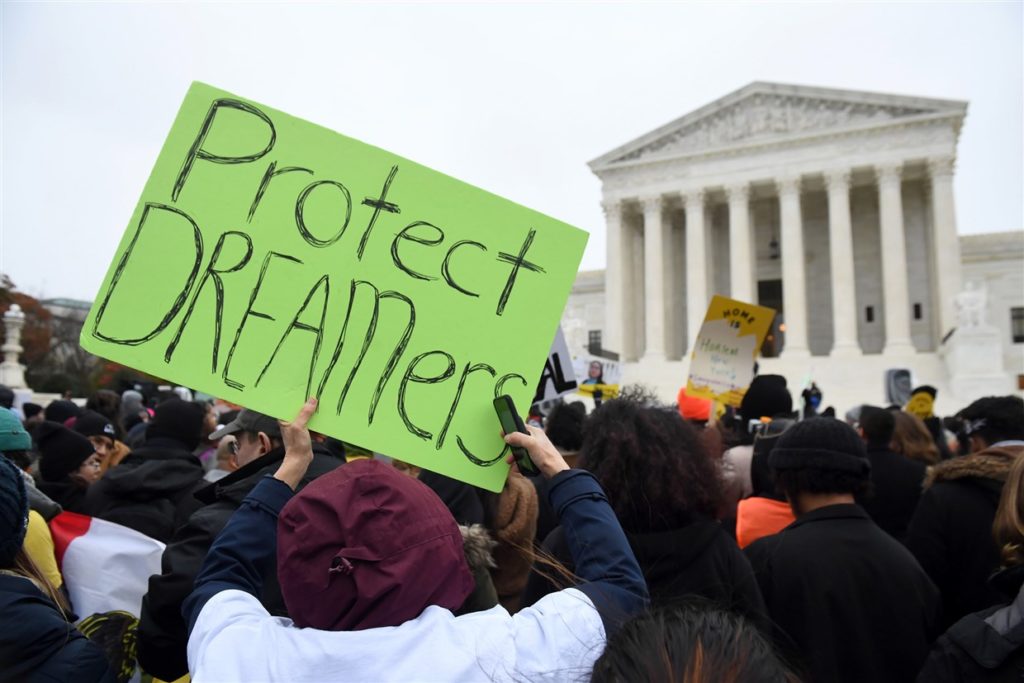 The judge ordered DHS to post a public notice by Monday prominently on its website to accept first-time applications.

A New York federal judge on Friday restored the Obama-era Deferred Action for Childhood Arrivals program — which President Donald Trump has tried to end — in a court ruling that would swiftly grant thousands of immigrants whose parents brought them to the U.S. as young children the ability to continue to work and study in the country.

U.S. District Judge Nicholas Garaufis said in his six-page ruling that he was fully reinstating the DACA program based on the terms established under former President Barack Obama’s administration. Trump tried to end the program in September 2017, and this past July Chad Wolf, the acting secretary for the Department of Homeland Security, suspended DACA pending a “comprehensive” review.

However, Garaufis also ruled in November that Wolf has not been acting lawfully as the chief of Homeland Security and that, as such, his suspension of protections for a class of migrants brought to the United States illegally as children is invalid.

The judge reaffirmed that position in his Friday ruling. Although Trump formally nominated Wolf for the job in summer, Wolf has yet to get a full vote in the Senate, keeping his role as “acting.”

He also ordered DHS to post a public notice by Monday prominently on its website to accept first-time applications, renewal requests and advance parole requests based on Obama-era rules and to ensure that work permits are valid for two years.

In its ruling, the high court found that his administration was “arbitrary and capricious” in its attempt to end the Obama-era program. Existing applicants also must reapply every year, but remain in the program.

The National Immigration Law Center called the ruling a “major victory” in a tweet on Friday.

“This is a major victory for immigrant youth, led by immigrant youth. We would not be celebrating this day were it not for our courageous plaintiffs that fought to affirm that their #HomeIsHere,” the organization said. “This is a day to celebrate, and we look forward to working with the incoming Biden administration to create a permanent solution for immigrant youth and communities.”

Dartunorro Clark is a political reporter for NBC News.