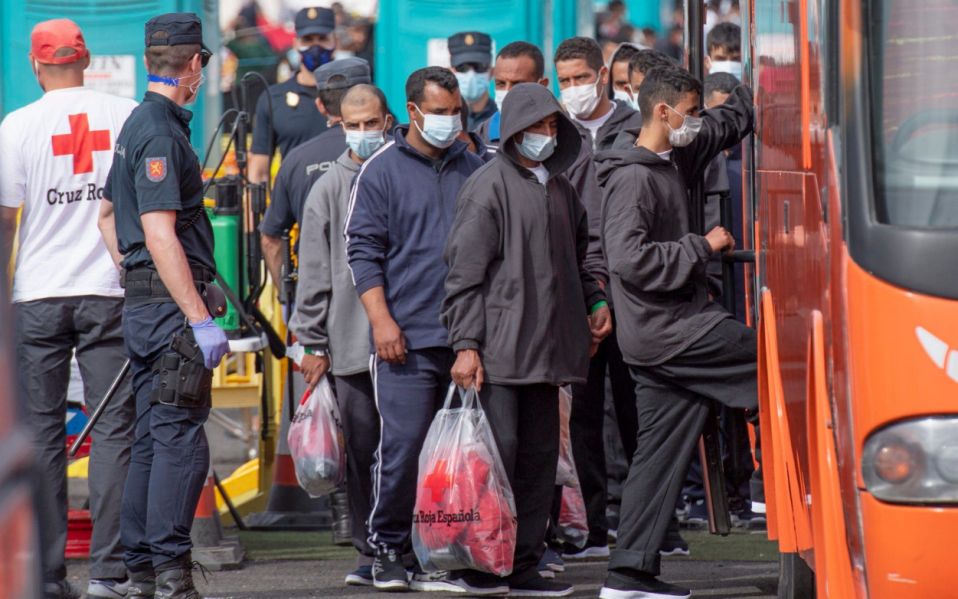 Peering down from their balconies at the luxury Waikiki hotel, more than a thousand migrants gaze out towards the sea that carried them on their desperate journey fleeing Africa.

Their rickety fishing boats lie piled up on docksides waiting to be scrapped. Smashed hulls still bob in the water, a reminder of the eight lives claimed this week off Lanzarote as hundreds more migrants reached Spain’s Canary Islands.

The survivors’ safety in hotel accommodation amid the sprawling resorts of southern Gran Canaria is testament to local islanders’ proud benevolence.

But generosity is running thin as tempers fray amid a growing crisis that has split Canarian leaders from their mainland colleagues, and reopened old wounds in Europe’s hopeless attempt to control migration.

The Canary Islands has seen arrivals increase tenfold in a year to around 20,000 by late November. Plans are now afoot to build one of Europe’s largest migrant camps, housing 7,000 across three islands.

Around 6,000 are currently living in 15 hotel complexes after a deal was struck between hoteliers and the Spanish government.

Tom Smulders, a hotel owner and vice-president of the local hotelier association said the move had been a magnificent gesture which has been handled badly. He argues that migrants should be in empty apartments of bungalows, not four star hotels.

Covid has, of course, hammered the local economy on the islands, and as tourism high season arrives hotel occupancy hovers at the pitiful level of 7.5 per cent on Gran Canaria.

“This is the image we wanted to avoid,” sighed MrSmulders, standing in front of the four-star Waikiki as operators use a crane to remove the name of hotel company SuneoClub from the roof of one of the complex’s five towers.

He added: “Now tourists are arriving at the airport and asking their tour operators if they will be sharing their hotel with migrants, something which we have agreed in the sector will never happen.”

Before being placed in hotels migrants are processed at cramped dockside camp that Spain’s ombudsman and local campaigners have described as “inhuman”.