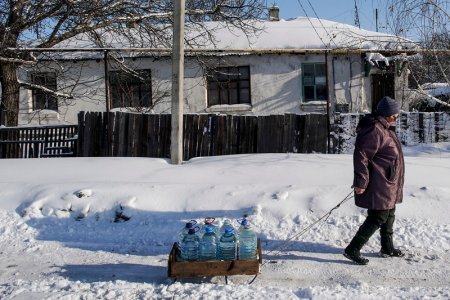 The 2021 Humanitarian Response Plan lays out how more than 120 partners aim to assist the most vulnerable people in addition to the efforts already being undertaken by the Government.

The well-being of children in sub-Saharan Africa is under siege from all directions since the advent of the COVID-19 pandemic. The region is now suffering its first-ever economic recession, pushing about 50 million people into extreme poverty, a majority of whom are children.

This would be the largest single year change ever recorded in either absolute or percentage terms – and by a wide margin. The total number of extreme poor living in sub-Saharan Africa has now likely crossed the 500 million mark, which is approaching close to double the number in 1990 when progress against the Millennium Development Goals (MDGs) started to be measured.

The region was already a challenging place for many of its 550 million children, but the pandemic has intensified many of the crises they face – and created new ones. About 280 million children – or more than half of the child population – may be dealing with food insecurity. By April 2020, more than 50 million students had lost access to free daily meals, with more than 40 million of those impacted for at least six months and counting.

Moreover, school closures impacted around 250 million students in sub-Saharan Africa, adding to the 100 million out of school children before the pandemic. Learning completely stopped for most of them, which has already reduced their lifelong earning potential. Millions are unlikely to ever return to the classroom.

Other challenges include rising prices of basic goods and services, movement restrictions and disruptions to crucial social services, as well as droughts, floods, locust invasions and conflict.

“The challenges children in our region face are unprecedented and will have long-lasting harmful effect on their lives and the lives of their communities,” says Mohamed Fall, Regional Director for UNICEF Eastern and Southern Africa. “Extraordinary problems require extraordinary solutions. Expanding cash transfer programs financed in novel ways could be the solution we need. But the clock is ticking.”

Giving cash to households can mitigate and even prevent most of the current challenges facing children; it can also boost economic growth, build social protection systems and future resilience to shocks, and achieve big cost-savings over time. For example, giving a cash equivalent to 20 per cent of the average monthly income of a country to all children under 5 for six months would cost between 1.3 per cent to 1.6 per cent of GDP. Such a program could potentially boost per capita GDP by 2.4 per cent, on average, and help offset much of the current downturn. A full year of cash support to all young children could catapult many economies back into positive territory.

Marie-Pierre Poirier, Regional Director for UNICEF West and Central Africa, notes: “The global and regional evidence on the benefits of cash transfers for children, families and economies is simply overwhelming, especially when they are delivered through strong social protection systems. And while policymakers across sub-Saharan Africa have recognized their importance, greater external funding support is required so that cash transfers can reach their full potential and mitigate this socioeconomic crisis.”

Cash transfers have been used to respond to the current crisis in sub-Saharan Africa, however funding has been severely constrained. Governments have reallocated as much as they can to respond to the crisis, but it is not nearly enough. Even when adding total approved external assistance and announced fiscal stimulus plans, the average person in sub-Saharan Africa benefits from 2 per cent of the amount of emergency support received by citizens of the G20 countries ($38 versus $1,652).

However, a scale up of cash transfers can be realized by combining domestic and external resources. It could take the form of a global funding facility, which could be resourced by debt relief savings, global emergency funds from the international financial institutions and the fulfillment of official development assistance commitments by donor governments. Out-of-box financing approaches could also help, like selling IMF gold reserves, issuing long-term bonds, and introducing one or more cross-border fractional taxes.

This could support the safe reopening of schools and economies as well as the scaling up of national cash transfer programs and strengthening of social protection systems. And in doing so, it could offer hope for children, economies and the continent as they contend with the impacts of COVID-19, climate, conflict and other shocks.