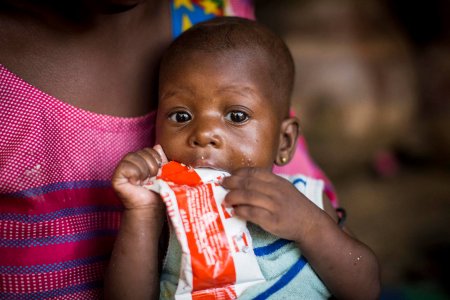 WFP estimates that 271.8 million people in countries where it operates are acutely food insecure – or directly at-risk of becoming so – due to the aggravating effect the protracted COVID-19 crisis is having in areas affected by conflict, socio-economic downturn, natural hazards, climate change and pests. The latest estimate marks an increase in acute food insecurity from the earlier June projection. This November update of WFP’s Global Response Plan to COVID-19 takes stock of efforts by regional bureaux and country offices to continue to sustain and scale-up operations to assist vulnerable communities and to support governments in their health and hunger response.

Since the last update in September, WFP has further extended its reach to assist nearly 97 million people with critical food and nutrition assistance as of the end of the third quarter. This is up from nearly 85 million as at the middle of the year, demonstrating an ability to adapt programmes and mitigate risks posed in the complex operating environment. WFP has expanded its continuous monitoring (mVAM) from 15 countries in 2019 to 39 countries today to track real-time evolving needs. Meanwhile, WFP assistance continues at pace with more people receiving unconditional food assistance in the first nine months of 2020 than in all of 2019, nearly 69 million and 61 million people respectively.

More than 13 million schoolchildren have benefited from WFP school-based programmes amidst closures, and more than 12 million women, girls and boys received malnutrition prevention and treatment. WFP continues to invest in asset creation and livelihoods, reaching an estimated 7 million people in the first nine months of the year while enabling communities to retain their means of income and cope with the compounding effects of COVID-19. Cash-based transfers exceeded USS 1.7 billion in 67 countries as of the end of October 2020 – up from 61 countries last year.’

WFP is grateful to 24 donors who have come forward with USS 403 million since the September appeal, and for flexible funding which has allowed WFP to disburse more than USS 168 million from its Immediate Response Account to kickstart life-saving response and preparedness measures in 57 countries. Today however, food security partners still do not have the funding required to implement operations at the level required to prevent catastrophe. Needs-based plans developed by WFP country offices for the next six months stand at USS 7.7 billion through April 2021, half of which is still to be resourced.