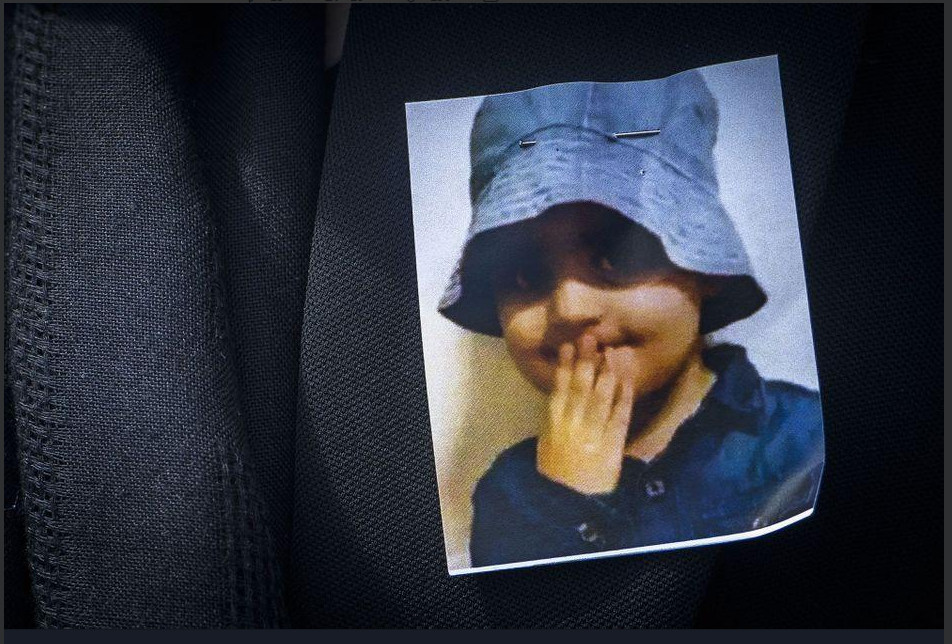 Mawda Shawri was just two years old when she died in May 2018. The Kurdish toddler was in a van transporting her parents and other migrants towards the Belgian coast, in the hope they could make it to the UK. A policeman was charged with involuntary manslaughter in January this year — today the trial begins.

In the case of Mawda Shawri, the trial of three men began today on November 23 in Mons, Belgium. A Belgian police officer is charged with involuntary manslaughter and two Iraqi Kurds, one of whom was driving the van that Mawda Shawri died in, are charged with people smuggling.

The 48-year-old police officer has not yet been named in court. According to the news agency Agence France Presse (AFP) he is a father of two and has eight year’s experience in the police.

Soon after the trial began on Monday, it was suspended due to translation problems, and then, according to AFP, resumed.

The police officer, whose shot ended up killing Mawda, said he had been aiming at the left tire of the van in which the child was traveling, in an attempt to stop the van. But due to the speed both vehicles were traveling at, the car “swerved violently and the bullet went astray”, the police officer reportedly said in statements during the investigation.

A Twitter profile entitled “Justice 4 Mawda” has been set up and campaigners and human rights groups hung toddlers clothes on washing lines outside the courtroom and across several cities in Belgium to protest at what they describe as the “criminalization” of undocumented migration.

Pinned to the top of the Justice 4 Mawda Twitter feed is an eight page thread which begins by recounting what happened to Mawda Shawri: “In the night of 16-17 May 2018, Mawda, a two-year-old girl, was shot dead by a police officer on the highway near Mons. In a minibus she was fleeing all the violence at home with her Kurdish family. To a safe country. To a better life.”

As the tweet explains, Mawda was shot in May 2018. She was, along with her parents, one of around 30 migrants in a minibus driving through Belgium towards France, the coast, and the UK.

According to the agency Associated Press (AP), Belgium police were investigating a “suspicious van making its way through Belgium” and so they gave chase when the driver “sought to evade them.” 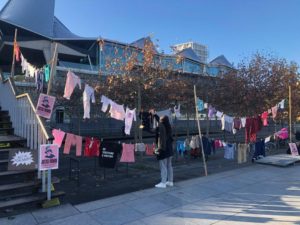 Mawda was sitting just behind the driver with her parents and the bullet fired by the officer ended up hitting her in her head. She died in the ambulance on the way to the hospital. When the policeman realized what had happened he was described by his lawyer as “devastated,” and was not detained.

Both driver and people smuggler are also Iraqi Kurds and were, according to AFP, initially charged with “malicious obstruction of traffic with aggravating circumstances” and “armed rebellion.” The weapon they were charged with having used was the van itself which hit the police car during the chase.

According to AFP on November 23, the officer insisted to the court that “he did not know migrants were inside [the van]” when he fired the shot. But one of the lawyers acting for Mawda’s parents, Selma Benkhelifa, countered that the officer’s charge should be increased to reflect a deliberate killing. Benkhelifa told AFP: “To take out his weapon, load it and fire it towards a van full of migrants –it’s not just a lack of due care, we should not minimize it like that.”

The Justice 4 Mawda team have been circulating a video, in which they say that “Belgium’s immigration policy kills people.” They add this is “a violence hidden from the public.” They are asking people to “spread the word. To make sure there will never be another #Mawda” and ask those who watch to campaign to “end police violence” and “end state violence.”

The Justice 4 Mawda campaign has also been posting updates from the court room, in which only 30 people were allowed to be present. One, posted early afternoon on November 23 read: “Ballistics expert: Accidental shooting is plausible but very complicated due to the force to be exerted.” This is because Belgium police weapons are set to avoid the officer accidentally pulling the trigger, Justice 4 Mawda explains in French.

‘Police officer could face up to two years in prison’

AP reported that the trial is expected to focus “on the shot and why it was deemed necessary to try to bring the van to a stop in that way.” If found guilty, the policeman could face “up to two years” in prison.

The two Iraqi Kurds accused of people smuggling could face sentences of up to 30 years each in prison. Some prominent filmmakers and musicians have joined the Justice for Mawda campaign, including British film director Ken Loach.

In a YouTube video, Loach said that migrants like Mawda’s parents are “people who are fleeing terror, frightened for their lives, fleeing across Europe, the most exploited, the most endangered people – the poorest, most vulnerable people we can imagine,” Loach added that people like that “should not be shot at.” Loach asked in the video posted by the Justice 4 Mawda campaign: “What circumstances justify shooting into a van full of people?” He ended the video saying he wanted to express “solidarity with Mawda’s family.”