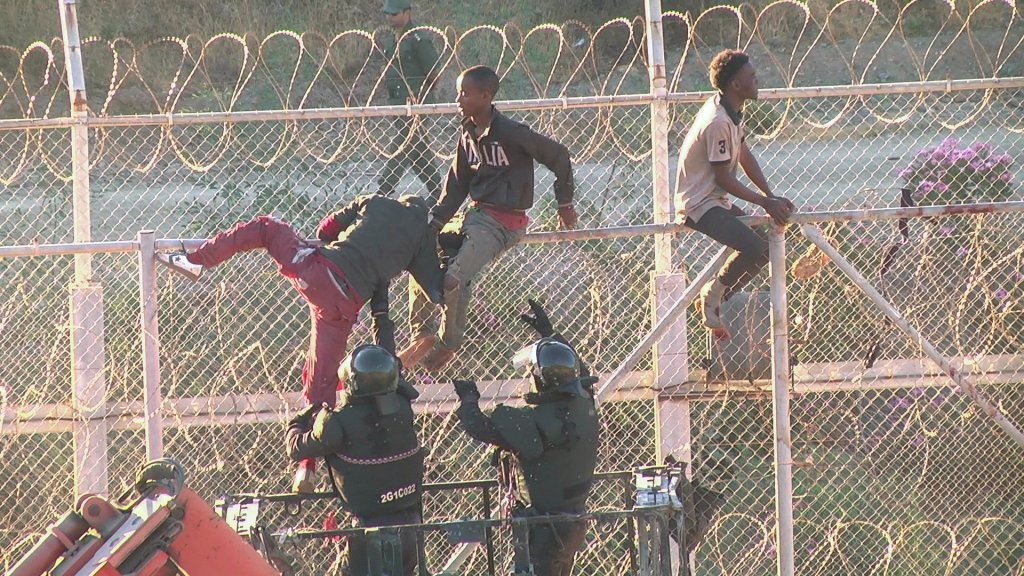 The Spanish Constitutional Court, the country’s highest court, has announced that it would back fast deportations of migrants who attempt to enter Spain’s north African enclaves Ceuta and Melilla.

In a move criticized by human rights groups, Spain’s Constitutional Court has upheld most of the country’s 2015 security law which allows for express deportations of migrants trying to cross from Morocco into the Spanish territories of Ceuta and Melilla on the African continent. The announcement was made on Thursday, November 19.

The two enclaves represent the EU’s only land border with Africa. Each year, as the French news agency Agence France Presse (AFP) reports, “thousands of migrants, mostly from sub-Saharan Africa, try to scale the fences […] to make it into Spain.”

Back in February 2020, the European Court of Human Rights (ECHR) backed the Spanish policy of immediate pushbacks from these territories and allowing for the possibility that Ceuta and Melilla came under a “special regime.”

The ECHR ruled that Spain had not violated the European Convention on Human Rights when it deported two sub-Saharan Africans who had jumped the border fence into Melilla back in 2014. The ruling was a reversal of a previous ruling in 2017 which had ordered Spain to pay €5,000 to each of the two men “for violating their human rights,” according to El Paìs English.

Spain appealed the 2017 ruling saying that the men had violated the laws by crossing at an “unauthorized location and taking advantage of the group’s large numbers and using force,” reported El Paìs. So their immediate removal was “a consequence of their own conduct,” it concluded. 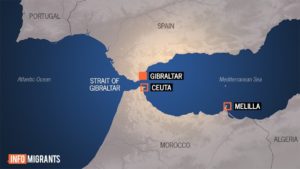 The subject of deportations and migration policy has been high up on the Spanish government’s agenda again recently after many more migrants began arriving on the Canary Islands over the last few months.

In fact, this year to date, almost 17,000 migrants have arrived on the Spanish archipelago in the Atlantic Ocean and the government announced that it would start to implement the policies, like deportations, where applicable, that it has had in place since at least 2015.

On Friday, November 20, Spanish Interior Minister Fernando Grande-Marlaska traveled to Morocco to meet with his counterpart there Abdelouafi Laftit. According to the Arabic newspaper headquartered in London Asharq Al-Awsat’s, it was Marlaska’s seventh visit to Morocco since taking office in June 2018.

Top of the agenda between the two interior ministers was the issue of migration.

New deal between Spain and Morocco?

Asharq Al-Aswat reports that “more than 15,000 Moroccan immigrants have arrived on the Canaries so far this year,” which they say is “roughly four times as many as in the last two years combined.” 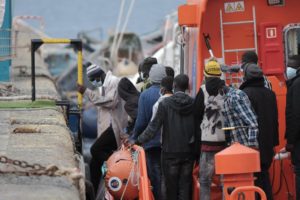 Spanish and Moroccan security forces have been working together for several years in the fields of crime prevention and counter terrorism. In February 2019, El Paìs reported on the deal the two countries reached on migration. Under the terms of the agreement, Spain’s coast guard Salvamento Marìtimo would be allowed to take some migrants picked up at sea “back to Moroccan ports.”

This agreement was, according to El Paìs which cited three Spanish government sources, meant to apply to rescue missions where Salvamento Marìtimo was assisting the Moroccan coast guard. In 2019, Spain was also important in persuading the EU to release €140 million to Morocco to help control migration, according to El Paìs.

Part of that money was used to buy two new speedboats for the Moroccan coast guard to help improve its rescue record.

According to the website Foreign Brief, which says it provides geopolitical risk analysis, part of the 2018 deal between Spain and Morocco also included the setting up of migrant processing centers in Morocco. Foreign Brief says that the interior minister’s meeting is to prepare the way for Spanish Prime Minister Pedro Sanchez to visit Morocco in December, which will be “the first such meeting since 2015.”

Foreign Brief predicts that the ministers will be laying “the groundwork for a deal […] along the lines of the 2018 agreement.” That essentially means that Madrid will ask for a drop in the numbers of migrants leaving Morocco for Spain, and Rabat’s government will ask for more financial support to make that happen.