Spain steps up measures in Senegal to deter illegal migration 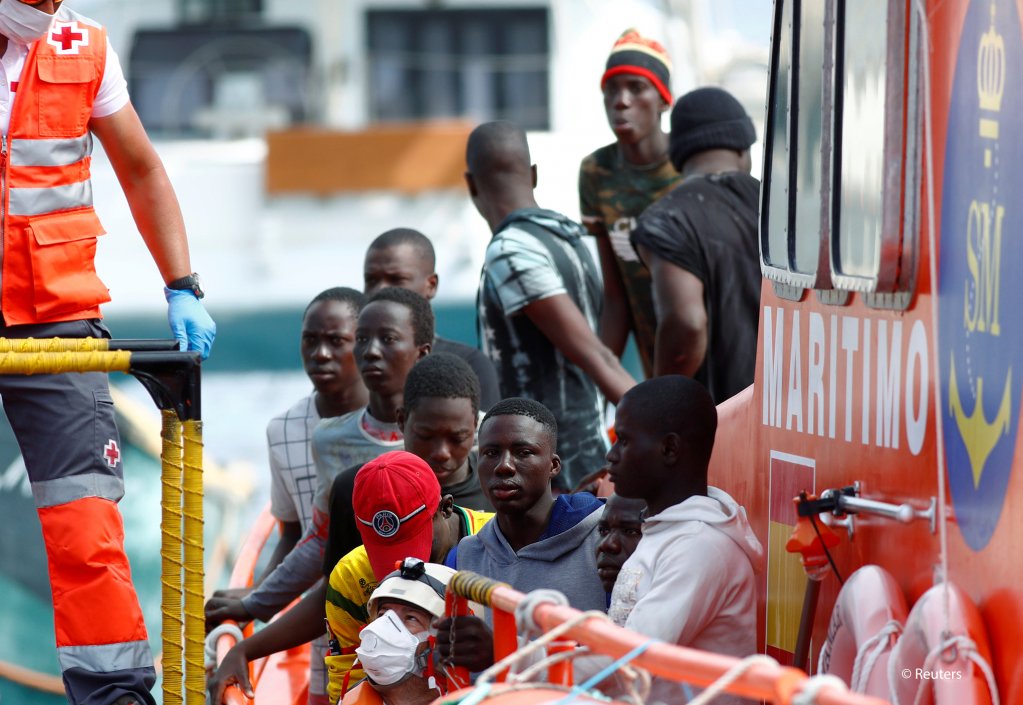 The Spanish foreign minister met with her counterpart in Senegal on Sunday to talk about how the two countries can increase measures to deter potential migrants attempting to make the 1,500 kilometer Atlantic crossing from West Africa to the Canary Islands.

In order to discuss ways that Spain and Senegal could deter illegal migration, Spanish Foreign Minister Arancha Gonzalez Laya traveled to the Senegalese capital Dakar at the weekend to meet with the country’s president, Macky Sall, Foreign Minister Aissata Tall Sall, as well as other members of the foreign ministry.

According to news agency Reuters, Spain promised to increase its police presence in Senegal to crack down on migrant smuggling networks and to send additional patrol vessels and a maritime observation plane to support the existing Spanish forces.

In 2020, Spain has seen an increase of more than 1000% in arrivals to the Canary Islands archipelago in the Atlantic Ocean. In fact, around 17,000 migrants have arrived on the islands this year. Many set off from the Moroccan and Mauritanian coasts, which are a few hundred kilometers away from the Canaries, but more and more are also attempting the crossing from Senegal and Guinea.

According to the news agency Associated Press (AP), “more than half of the arrivals [on the Canary Islands] this year have been in the past 30 days, a spike that has strained resources on the archipelago.” 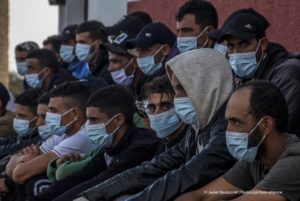 In a press briefing, Gonzalez Laya said that one of the reasons for the increase in migration was COVID-19.  Reporter Gonzalez Laya says “COVID is destroying African economies, as it has also had a huge impact on European economies, we knew that one of the consequences of this pandemic was going to be an increase in migration.”

However, some human rights groups have pointed out that the uptick in the numbers of arrivals on the Canary Islands actually began in late 2019. They accuse Spain of being ill-prepared to deal with the number of arrivals.

Judith Sunderland, acting deputy director for Human Rights Watch’s Europe and Central Asia division, during a recent visit to the islands tweeted that some people were spending far longer time periods being detained at the port than the statutory 72 hours.

In her tweet in Spanish she said that some of the women she spoke to on a visit on November 7 had said they had been held at the camp “since their arrival on October 22, ie more than two weeks.”

The UN migration agency IOM conducts a “Missing Migrants” project. One of its papers has focused on the “Western African Route” highlighting the journeys taken by those migrating to the Canary Islands.

IOM estimates that there have been 41 shipwrecks on the route to to Canary Islands, and 545 boats have reached the islands between January to November 2020. IOM further estimates that at least 511 migrants have died or disappeared on that route this year, adding however that many shipwrecks “go unreported, or are unaccounted for,” and the actual numbers “may be higher.” 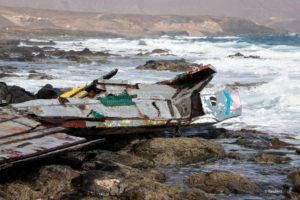 Several shipwrecks, according to the IOM, have already taken place off the coast of Senegal, as well as Mauritania, Morocco, Western Sahara and near the Canary Islands. Despite these risks, a study in 2019 conducted by the IOM found “a large share of respondents in Senegal reported their intention to cross over to the Canary Islands.” The respondents said they saw migration to Europe as “a pathway to success, and the Western African Maritime Route as an attainable passage to their destination (the Canary Islands).”

According to the IOM, the boats from Senegal and Guinea generally track north up the West African coast, until they reach southern Morocco and then set out north west towards the Canary Islands.

The Missing Migrants project told AP that they could confirm the death and disappearance of 160 Senegalese migrants this year but admit their information is “incomplete.” Alarm Phone said it believed “more than 400 people from Senegal are believed to have died attempting the passage to the Canaries since the beginning of October 2020,” reported Reuters.

The Senegalese secretary of state at the foreign ministry told AP that Senegal and Spain hoped to “combat” migration “together.” He told the news agency that Spain talked about financing projects which would “aide the return of migrants.” The two countries also hoped to provide more legal ways for Senegalese people to obtain work in Europe “including circular migration programs.”

The Spanish foreign minister said her country would send “an additional patrol vessel and a maritime observation plane in addition to the existing two Spanish patrol boats and helicopter stationed in Senegal.”

Spain also promised to “increase its police presence in Senegal,” in order to crack down on migrant smuggling networks.

In addition, Spain promised to grant more social security rights to Senegalese citizens who are already legally resident in Spain. It is hoped that schemes like this will encourage more would-be migrants to pursue regular channels, the news agency Reuters reported.

The Spanish police force, the Guardia Civil, has been working in Senegal, alongside the country’s coast guard since 2006. One boat was stopped just last week in the coastal town of Mbour with 52 migrants on board. According to Reuters, it had been preparing to launch on November 19 to start the journey towards the Canary Islands.