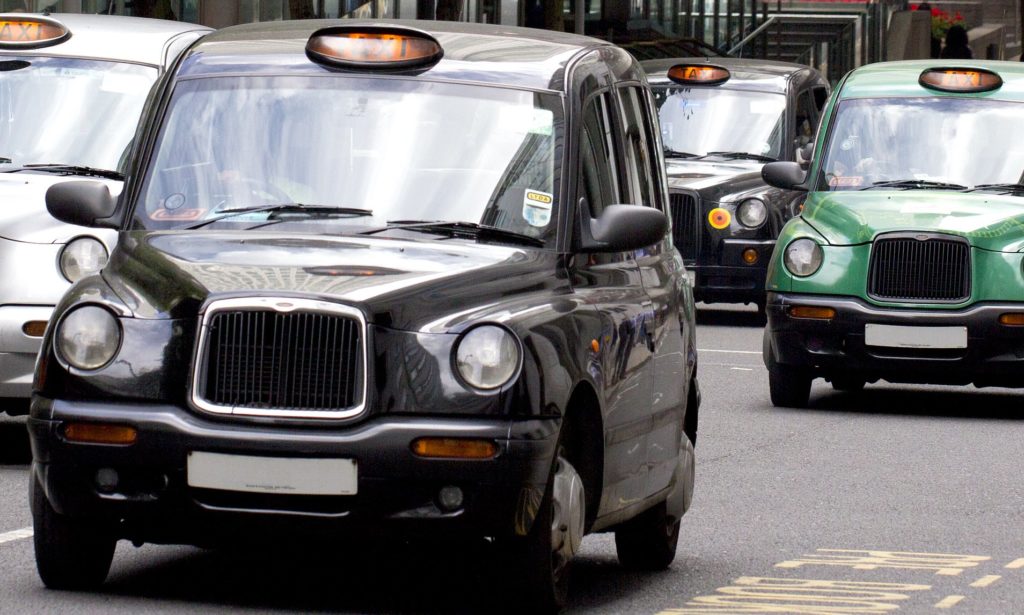 Tony Georgiou sighed as he stood in front of a field full of parked taxi cabs, admitting he has lost count of how many are there.

Many London taxi drivers rent their instantly-recognisable black cabs from fleet companies such as GB Taxi Services, where Georgiou is one of the owners.

But with London’s streets emptied by the coronavirus lockdown, many drivers are unable to keep paying for their vehicles and are handing them back in droves.

“There’s probably around 150 to 200 vehicles that are here, which we’ve had to take off the road,” said Georgiou, whose company has parked its vehicles in Epping northeast of the capital. “I’ve lost count”.

Famed worldwide, the British capital’s bulbous black cabs were originally designed to accommodate a passenger in a top hat.

To earn a license, drivers have to pass a fiendishly difficult exam called “The Knowledge”, which tests their recall of streets, routes and landmarks purely from memory.

“It’s happening all over, all round the M25 there are fields with cabs like that,” said McNamara, referring to the main orbital motorway around London.

He called the situation “totally and utterly unprecedented” and “already not survivable for some”.

Georgiou said that around 50 of the parked vehicles have already been targeted by thieves who removed catalytic converters and diesel particulate filters that will cost some 120,000 pounds ($160,000, 134,000 euros) to replace.

“I couldn’t tell you if we are confident to get through this at the moment. It is a struggle,” he said of his company, which has been operating for over 16 years.

Currently, only some 20 percent of cabs are operating, McNamara said, basing the assessment on the association’s own vehicle counts and official figures from Heathrow Airport.

McNamara now wants taxi drivers to get more financial support from the government, arguing that they recently invested in costly electric cabs and electronic payment machines.

The black cabs were once in a list of British symbols recognisable around the world, including red telephone boxes and police in conical helmets.

But McNamara said: “The only one that’s left is black cabs.”

Covid is “without doubt the prime factor” for falling numbers of taxis, he said.

Uber and other ride-hailing apps are “absolutely not” a factor, he added, arguing that their prices have crept up and drivers are unpredictable.

Some drivers have switched to making deliveries for supermarkets but the “vast majority” are not working, he added.

According to official figures from Transport for London (TfL) sent to AFP, the number of licensed black cabs has gone down from more than 19,000 on March 1 this year to just under 15,000 on November 8.

A TfL spokesman said it had advised drivers on how to stay safe and mentally healthy during the pandemic and they have had grants to help them buy low-emission vehicles.

Drivers are “calling on the government for more support” rather than TfL, he said.

One cab driver, Sam Houston, was waiting in a queue at Heathrow to get a fare.

With air travel constrained, hitting tourism, he said the wait could be 20 to 24 hours instead of the normal three.

The 45-year-old has been a taxi driver for eight years and says that in normal circumstances it is a “good living”.

But the Covid period is “the most difficult time I’ve ever experienced”, he said.

“The feeling it’s a semi-permanent change to the economy, a lot of people are finding that incredibly frightening.”

While some taxi drivers have claimed self-employed furlough payouts from the government, many have not qualified, he said, urging “targeted support for our industry from local government and national government”.

McNamara also says taxi drivers should be singled out for help, in the same way that government helped restaurants try to bounce back after their enforced closure.

“We’ve been hit equally hard, if not harder than the hospitality sector,” he said.