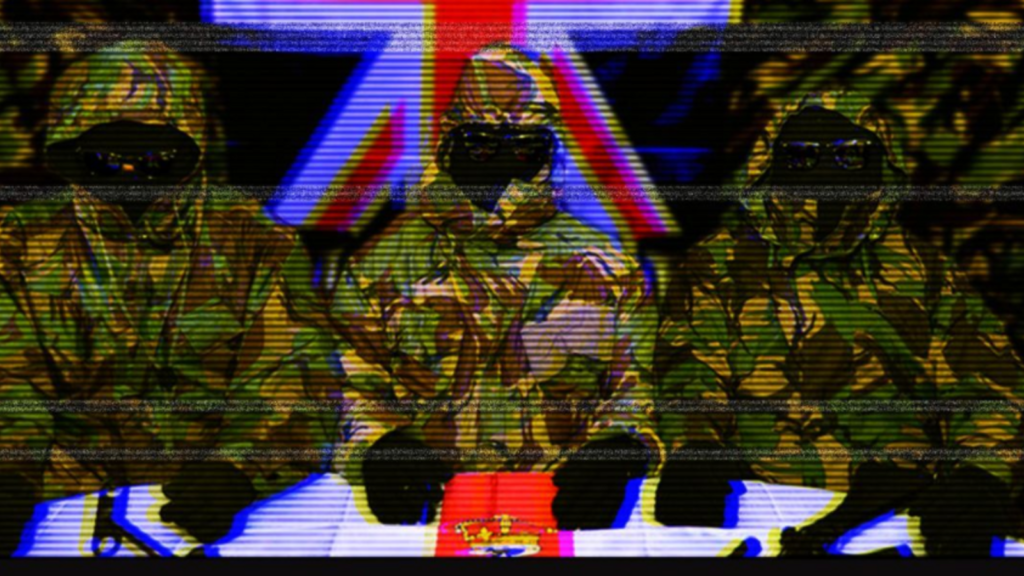 Children under the age of 10 in the UK are being investigated over their links to far-right extremism, Sky News has found.

Home Office figures show a dramatic rise in the number of under-18s referred to the government’s counter-terrorism programme Channel over concerns about their possible involvement with the far-right.

A total of 682 children were referred for this reason in 2017-18, compared with 131 in 2014-15 – a more than five-fold increase, according to figures obtained through a freedom of information request.

Read the story of why one 14-year-old boy joined the far-right – and how he escaped.

For the first time since the data has been recorded, there was an equal balance in the number of cases linked to the far-right and those linked to Islamic radicalisation in the year up to March 2019.

The bulk of referrals, 62%, were related to young people up to the age of 20.

A former neo-Nazi, who runs a group which helps people leave far-right organizations, told Sky News that video games and extremist content on social media were being used to recruit children.

Nigel Bromage, founder of Exit UK, said: “I think the far-right in Britain today is actually at its most dangerous it’s ever been.

“The youngest person we’ve supported has been nine years of age. That, to me, really shocked me.”

The nine-year-old boy had been recruited by his older brother who showed his younger sibling “extreme neo-Nazi video games,” he added.

Mr Bromage said: “These video games are just like many others with regards to chasing and shooting people. But when you look at the sort of content of the game, what you will see is that the people who are being chased are from different ethnic communities, different religions.

“And because there are great graphics and there’s good music, young people embrace that on every level.

“Unfortunately it’s a really great recruitment tool for the far-right.”

Exit UK said around 70% of the people they have helped leave far-right organizations had been recruited online.

The mother of a teenager who became involved with the far-right aged 14 told Sky News her son would “be in prison by now” if his college had not referred him to a government counter-extremism program.

John (which is not his real name) was introduced to far-right content online by a school friend.

He told Sky News: “Initially the main attraction was how patriotic they were. A lot of the people in the far-right said they were standing up for the soldiers in the UK, which is something that I’ve always felt very passionate about.”

But as John became more entrenched, he said he was drawn in by the “anti-authority” stance of groups he followed.

He added: “For various reasons, stemming from schools and colleges, to sort-of stricter rules that parents are putting on children, I do think there is this big anti-authoritarian mentality in young people at the moment.

“It offers a sense of belonging really. A lot of young people want to feel like they’re a part of something, and the far-right will offer that to you.”

John’s mother Sarah (not her real name) said she only discovered the extent of his involvement when he was 17.

By that point John had verbally abused a teacher of Pakistani-heritage due to her ethnicity, and he had started attending violent far-right demonstrations.

Sarah said: “When you think that they’re safe, they’re at home, they’re online talking to their friends or playing video games and to find out that that’s been going on under your roof while you’ve been sat in the next room, is absolutely soul destroying.

“Because you think as a parent you’d know, but you just don’t.”

There is growing evidence that children radicalised online are being encouraged to take direct action while hiding their activity from others.

Earlier this month, 17-year-old Paul Dunleavy from Rugby was jailed for five-and-a-half years after being found guilty of preparing a terrorist offence.

The teenager had said his hero was Adolf Hitler and he was a member of the now-proscribed extreme far-right group, FKD.

Meanwhile in October, 18-year-old Harry Vaughan, from London, received a two-year suspended sentence after posting a bomb-making manual to a neo-Nazi forum.

Vaughan, an A* student, attended one of the UK’s most prestigious grammar schools.

The court heard that Vaughan had “on the face of it had every advantage afforded,” and that his parents were “bewildered” when their son was arrested.

A report by counter-extremism campaign group Hope Not Hate found that often parents and peers have no idea that their children, or friends, are being groomed.

Patrik Hermansson, who wrote the report, told Sky News: “At times like this, with social media and kids with phones, you can be engrossed in extreme environments online without your parents knowing.

“If we go back 20 years, young people weren’t in [extreme far-right] groups like Combat 18, and also people in these groups had very physical ‘tells’ that they were in these groups – it’s hard not to notice.

Richard Smith, the Metropolitan Police’s head of counter terrorism command, said: “Any young person can be radicalized – but they can be helped too.

“I really want to appeal to everyone to be as vigilant as possible for signs that a young, loved one may be in trouble.”

A government spokesperson told Sky News that it already was providing “training, resources and direct support” to schools to help them spot children who were at risk of “twisted ideologies of groups including far right-wing extremists.”