Rawlings was a statesman; state must bury him with dignity -Sam Okudzeto 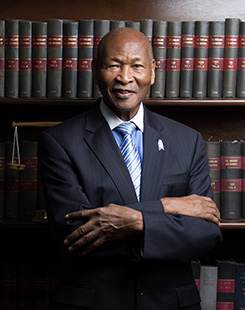 A member of the Council of State, Mr. Sam Okudzeto says the state should take preeminence in planning the burial of the late former President, Jerry John Rawlings.

According to him, there is no need for the party, family and state to disagree over who should take charge of his funeral due to Rawlings’ unquestionable place as a statesman.

In recent times, there has been controversy over who should take charge of the processes towards the burial of the former President but the Former President of GBA says, the disagreement is unnecessary.

“Let’s bury him with the dignity that he deserves. He is a former president of the country and it is the state’s responsibility to bury him but the state, of course, would do that in consultation with the family.”

He further urged Ghanaians to learn to live with one another as Rawlings reconciled with persons he had disagreements with.

“What we should learn from him is the way he reconciled with persons he previously had issues with like our current president (Akufo-Addo) which is something that all of us should learn to do.”

“We are all Ghanaians and tribes shouldn’t divide us because we are one nation, one people with a common destiny. This is the legacy the former president left for all of us as Ghanaians.”

Former President Jerry John Rawlings died around 10 am on November 12, 2020, at the Korle Bu Teaching Hospital.

A book of condolence has been opened at the Accra International Conference Centre in memory of the late former President.