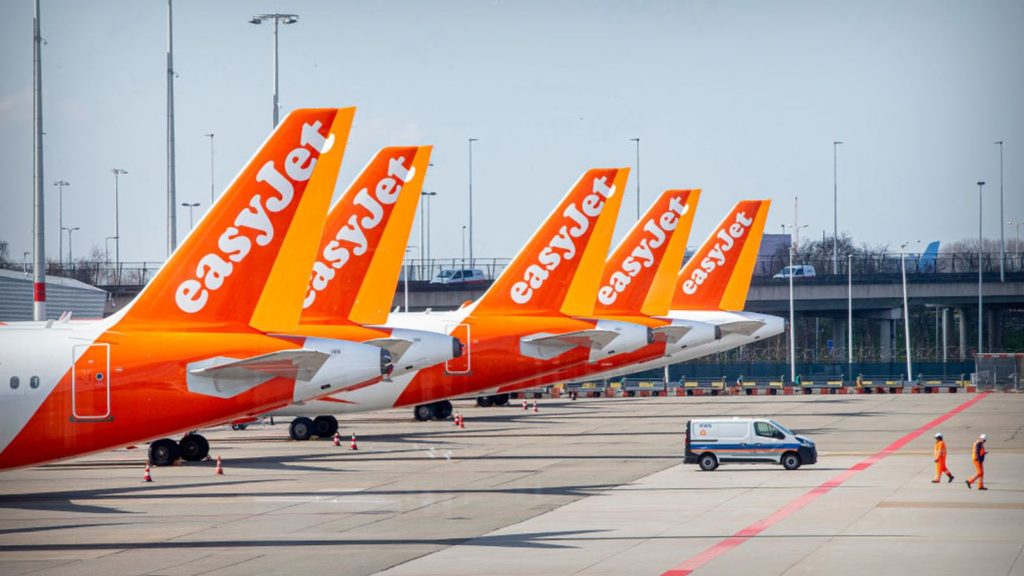 EasyJet has revealed the first annual loss in its 25-year history of £1.27bn – a result of the virus crisis turbulence that grounded airlines globally.

The no-frills carrier said the total loss before tax figure for the year to the end of September compared to profits of £430m in the previous 12 months.

However, it struck a more upbeat tone in Tuesday’s announcement following a slew of downbeat statements during 2020 to date – the latest just 11 days ago that it expected to operate only 20% of services during the current winter.

EasyJet said it had received a 50% leap in bookings following positive coronavirus vaccine developments last week when Pfizer revealed that its candidate had been found to be more than 90% effective in stage three trials.

Chief executive Johan Lundgren also told investors that he did not expect the airline to seek further cash, having raised more than £3bn to date after a cash burn of over £1.4bn during April to September alone.

It reported that passenger numbers during its last financial year halved to 48.1 million as the virus disruption bit.

Losses on an underlying basis came in at £835m – within the range that easyJet had expected.

Mr Lundgren said: “While we expect to fly no more than 20% of planned capacity for the first quarter of 2021, maintaining our disciplined approach to cash generative flying over the winter, we retain the flexibility to rapidly ramp up when demand returns.

“We know our customers want to fly with us and underlying demand is strong.”

He told analysts that a vaccine and testing – a key demand for the travel sector as a whole – remained vital if flights were to return to some kind of normality and that easyJet was prepared for any eventuality following the end of the Brexit transition period at the end of the year.

The airline’s efforts to remain in the air included the sale and leaseback of much of its fleet of aircraft.

It also tapped a Bank of England loan scheme for £600m.

EasyJet said on Tuesday that it had extended its borrowing under the COVID Corporate Finance Facility that would see it stagger repayments.

Shares, down 45% in the year to date ahead of Tuesday’s open, were more than 2% up in early deals but sentiment later slipped.

Dan Thomas, senior analyst at Third Bridge, said it reflected a clouded outlook for the company.

“Potential vaccines don’t change the near term demand picture for carriers like easyJet.

“For the time being, this winter looks bleak for easyJet as national lockdowns persist across the continent.”

He added: “When travel corridors do begin to reopen, profitability is likely to remain depressed as multiple carriers look to redeploy across a smaller number of potential routes and discount fares are offered.”