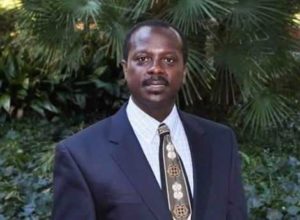 Lecturer at the University of Florida, Prof. Kwaku Azar believes Special Prosecutor, Martin Amidu should have resisted the urge to step down from his position despite the alleged political meddling in the affairs of his office.

Prof. Azar maintains that although the level of interference stood tall in frustrating the mandate of the Office of the Special Prosecutor, Martin Amidu could have stayed at post to indeed prove his commitment towards dealing with the rot in the governance system.

Speaking on The Point of View on Citi TV, Prof. Azar who is also a lawyer was convinced a bit of restraint from the Special Prosecutor could have done the country good in its anti-corruption fight.

“I knew it was only a question of time until the pressure got the better of him. At the same time, I say I am disappointed and saddened because I don’t think resignation under these circumstances is the best way out because when you read the letter, it is one where the Special Prosecutor feels his functions are being interfered with by the Presidency. I would expect an independent Special Prosecutor to stand his grounds and say that the taxpayer put me here to be an independent prosecutor to do my job; I am not going to allow anyone including the President to interfere with my job and if I have found that I am no longer happy, I am going to do my work in terms of investigating, prosecuting and not allow anyone to push me out.”

“If you have seen wrongdoing and your response is to run away from the wrongdoing, then you are not doing the people’s task because the people anticipated that some of these wrongdoings will occur and when they do occur, they expect you to fight it”, Prof. Azar decried.

The Special Prosecutor, Martin Amidu on Monday, November 16, 2020, served notice of his resignation from office with immediate effect.

In a letter addressed to President Nana Akufo-Addo, Mr. Amidu suggested that President Akufo-Addo has not been able to ensure his independence and freedom of action.

But for Prof. Azar, the resignation of Martin Amidu though not shocking is not only one that this sad but also disappointing given the controversies that surrounded the operationalization of the Office of the Special Prosecutor.

“I wouldn’t say I am surprised although I will say I am both saddened and disappointed. I am not surprised because the frustrations of the Special Prosecutor over the years have been palpable”, he said.