13 shops razed down by fire in Eastern Region 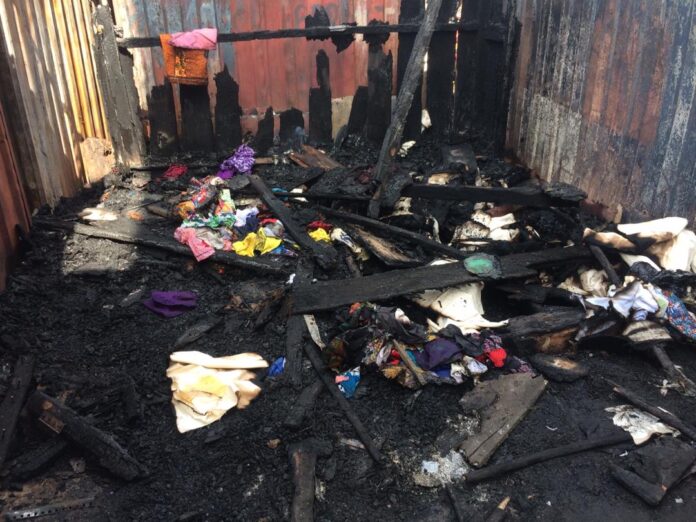 About thirteen (13) shops have been gutted by fire at Nkawkaw in the Eastern Region.

The shops located opposite the Kwahu West Municipal Assembly were consumed by the inferno Monday dawn.

The shops include mobile phones and fashion shops.

The relatively swift intervention by personnel from the Ghana National Fire Service helped to extinguish the fire from spreading to other shops.

However, items worth thousands of cedis were destroyed.

The cause of the fire is not known but officials of the Ghana National Fire Service have commenced investigation into the incident.

Meanwhile, officials of the National Disaster Management Organization, NADMO, have visited the scene for assessment.