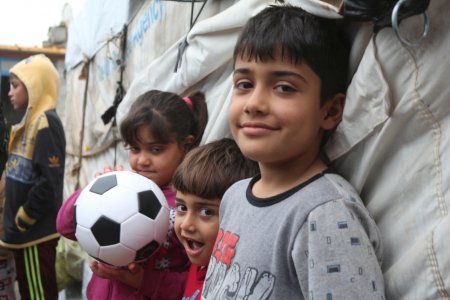 So far, around 48,000 IDPs have been informed that the camps where they shelter will be closed before the end of this month. Information about closures and timelines have changed rapidly creating uncertainty.

UNHCR, the UN Refugee Agency, is boosting support to internally displaced Iraqis returning to their towns and villages in an effort to mitigate some of the adverse effects of the government-led large-scale camp closures so near to the onset of winter.

Following the government’s announcement to accelerate solutions for over 250,000 internally displaced people (IDPs), the authorities initiated the closure of 10 sites in Baghdad, Kerbala, Diyala, Anbar, Ninewa and Kirkuk governorates since 18 October. The Government has signalled that more camp closures should be expected before the end of 2020.

So far, around 48,000 IDPs have been informed that the camps where they shelter will be closed before the end of this month. Government information about camp closures and timelines have changed rapidly, creating uncertainty for many IDP families. Many have objected to leaving camps now over concerns about conditions and destruction, tensions and insecurity in the areas of return. Some IDPs say they were given only two-days’ notice to leave their shelters.

Some IDPs have moved from the camps to rented accommodation, but fear eviction given their limited resources. Others, citing lack of information about alternatives and unable to return to their homes, have joined crowded accommodation with friends and family.

We have raised our concerns with the Government, stressing that some of the closures have been conducted without adequate notice and consultations with IDP representatives and aid agencies working in the camps. We are particularly worried about IDPs who say they are unable to return in the absence of organized dialogue with communities and local authorities in the return areas in central and western Iraq which were heavily affected by the years of terror and fighting.

UNHCR also recognizes that efforts have been made to find solutions for some IDPs who could not, or did not want, to return to places of origin.

Together with partners, we are helping the authorities to inform IDP families about the timeline of closures, options for those unable to return and assistance that will be provided upon return. UNHCR will release seasonal cash assistance to help families meet their immediate needs in the coming winter months and provide legal assistance to families to obtain civil and property documentation. We are also working with partners to rehabilitate infrastructure in areas of return.

UNHCR remains committed to supporting the Government of Iraq to find solutions for IDPs. But we stress the need for a phased approach that addresses much-needed reconciliation, reconstruction and restoration of livelihoods in areas of return, as well as integration and settlement options for families unable to return to their homes.