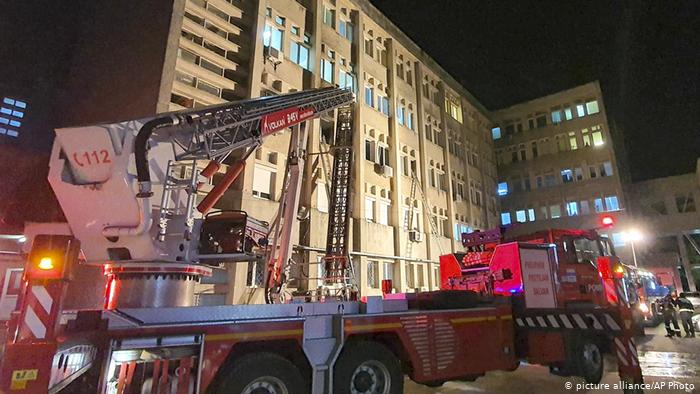 A fire spread through the intensive care ward of a Romanian hospital where COVID-19 patients were receiving treatment. Officials have said a short circuit appears to be the likely cause.

A fire at a Romanian hospital treating COVID-19 patients killed 10 people and critically injured seven others, authorities said on Saturday.

The blaze spread through the intensive care ward designated for COVID-19 patients at the public hospital in the northern city of Piatra Neamt.

Irina Popa, the spokeswoman for the local Emergency Situations Inspectorate, said all but one of the dead or injured were hospital patients. Eight of the victims died in the flames and two others were pronounced dead after being evacuated from the hospital. 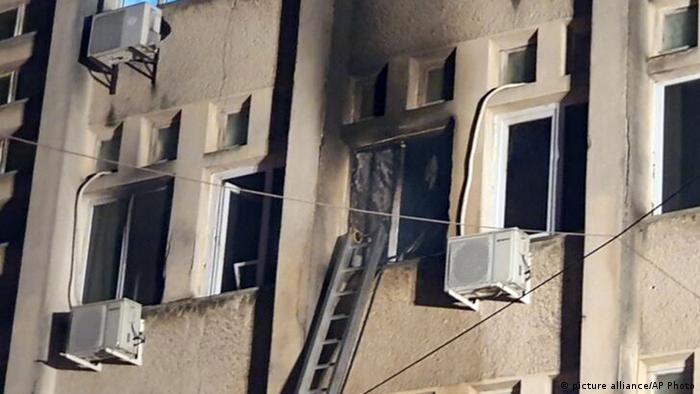 The burnt out facade of the hospital in Piatra Neamt.

Prosecutors said they would open an investigation to determine how the blaze started.

It is the country’s biggest since a 2015 fire at a nightclub in Bucharest that killed 65 people.

Just under 13,000 people with COVID-19 were hospitalized across Romania on Saturday, including 1,172 in intensive care units.