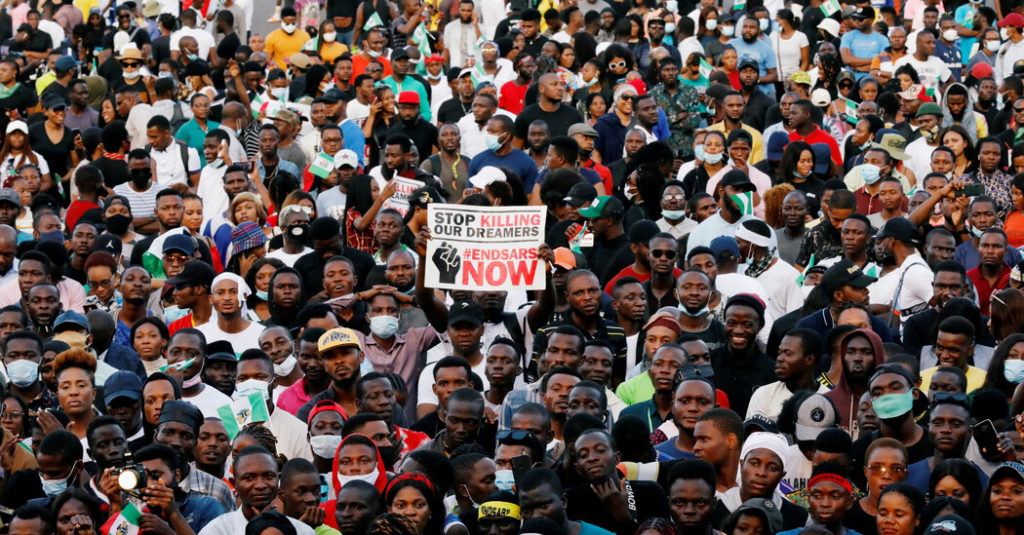 With a communication blackout and severed transport links in much of the restive state, the reports by exhausted and terrified refugees pouring across the remote frontier into Sudan provide some of the first witness accounts of the 10-day conflict, which has reportedly killed hundreds of people.

“The government wants to get rid of the Tigray people, so we fled. The people are living in conflict there,” Gowru Awara, an Ethiopian refugee in Sudan’s Gadarif state, told Al Jazeera.

“People have been slaughtered with knives. Pregnant women have had their bellies opened. The government is bombing civilians and killing us all.”

Both sides have been accused of carrying out atrocities against civilians. The communications blackout makes it difficult to verify claims on both sides of the fighting.

“We are hungry and we’re afraid that they will kill us,” an old woman told Reuters news agency in the Sudanese border town of Hamdayat, referring to government troops battling loyalists of the Tigray People’s Liberation Front (TPLF), the party that controls the region.

She spoke moments after paying the owner of a small boat 30 Ethiopian biir (about 80 US cents) to bring her across the river, while women and children were seen swimming. Refugees said one person drowned while trying to cross the night before.

Niqisti, 42, said her brother was shot dead by government-allied militiamen in front of their home in Humera, in Tigray state, and her small restaurant was looted. It was not possible to verify her account.

“They bombed with artillery, and the air force raided,” said Asmara Tefsay, a 31-year old mother. “Then we saw the soldiers approaching and I fled with my two children, my mother and my father.”

The refugees quoted by news agencies appeared traumatized by the sheer intensity of the bombardments they say were carried out by the Ethiopian army. Many told stories of artillery attacks and shooting in the streets, with fighting spilling over into neighboring Amhara state.

“I saw women giving birth on the road, but then continuing to walk because they feared the Ethiopian soldiers would kill them,” said Roni Gezergil, a female engineer aged 25.

Gabera Solasi, a 22-year-old mathematics student at university, took the only shelter he could find when the heavy bombardments grew close.

“I hid in a well during the bombing, and then fled during a lull,” Gabera told AFP news agency. “Now I am in Sudan and I think the war will continue. I am not sure I will ever be able to go back to university.”

Sudanese officials were registering refugees but could not provide sustenance to the several thousand people who made the journey.

“People are hungry and the flow of refugees is continuing but we have little to offer,” said Hamdayat official Salah Ramadan.

Ethiopia’s Prime Minister Abiy Ahmed, winner of last year’s Nobel Peace Prize, ordered military operations in Tigray on November 4, saying they were prompted by a TPLF attack on a federal military camp – a statement that a top TPLF official appeared to confirm on Saturday.

The outbreak of fighting last week instantly sparked fears that a prolonged conflict could reverberate across the Horn of Africa and draw in outside forces.

“The military escalation in Ethiopia is risking the stability of the whole country and wider region,” the European Union’s commissioner for crisis management, Janez Lenarcic, said on Twitter. “Should this endure, a full-blown humanitarian crisis is imminent. I am calling for unimpeded humanitarian access to Tigray.”

Abiy has said government troops will strike TPLF targets, including arms depots and equipment, but several refugees reportedly said their areas had been shelled by artillery from neighboring Eritrea to support the Ethiopian army. This could not be independently verified.

Tigray’s leader, Debretsion Gebremichael, said on Tuesday that Eritrea had sent troops across the border in support of Ethiopian government forces but provided no evidence. Eritrea’s Foreign Minister Osman Saleh Mohammed denied this on Friday.

“We were shelled by artillery volleys from across the Eritrean border,” said Naksiam Guru, a 22-year refugee who lives near the border. “I saw people dying in the streets.”

Burhani Abraham, 31, who arrived days ago with his wife and three-year-old child also reported shelling from Eritrea. “I’m very hungry,” he said, sitting in the crowded makeshift camp.

Separately on Saturday, the Tigray regional government said it fired rockets at two airports in the neighboring Amhara region, adding that such strikes would continue “unless the attacks against us stop”.

Ethiopia’s central government in Addis Ababa said the airports in Gondar and Bahir Dar were damaged in the strikes late on Friday, asserting that Tigray regional forces were “repairing and utilising the last of the weaponry within its arsenals”.

Each side regards the other as illegal, the result of a months-long falling out amid dramatic shifts in power after Abiy took office in 2018.

The TPLF, which once dominated the country’s ruling coalition, broke away last year, and Addis Ababa says members of the region’s ruling “clique” now must be arrested and their well-stocked arsenal destroyed.

Amid rising fears of ethnic targeting, the TPLF in a statement denied allegations that scores or even hundreds of civilians were “hacked to death” on Monday in the town of Mai Kadra.

The massacre was confirmed by Amnesty International, which cited a man helping to clear away bodies as saying many of the dead were ethnic Amharas. Amnesty said on Thursday it had not yet been able to confirm who was responsible for the killings, but had spoken to witnesses who said forces loyal to the TPLF were responsible.

The TPLF statement asserted that the allegations against their forces, repeated by Abiy, are “being proliferated with the intent to incite hatred toward [ethnic] Tigrayans in Ethiopia”.

“The team will carry out an investigation that will be made public,” he said.

In Sudan’s Gadarif state, Gidey Asafa said the fighting had forced her and her family to flee Mai Kadra with nothing but the clothes on their backs.

“We saw people being slaughtered. There was blood all over. We fled because we didn’t want to die,” she told Al Jazeera. “Some women lost their husbands. We came with nothing but our lives. These clothes were given to me by the people here.”

Alsir Khaled, regional head of the Sudanese refugee agency, said that as of Friday evening, at least 21,000 Ethiopians had crossed into eastern Sudan seeking help.

“They keep on coming,” he told AFP, adding that many arrived from Humera, where some of the heaviest fighting has been reported.

Journalists who toured the area said there was little support for the Ethiopians from the state or charities, with aid coming mostly from villagers.

“During the two-day walk, I only drank water, there was nothing to eat,” said Tsefay Salomon, a 23-year-old student.

“Once we crossed the border, some Sudanese took us in a car to this village. The local community gave us food, but it is so little that we keep it especially for children.”

Sudanese villagers offer what help they can, but some fear the thousands arriving from Ethiopia will strain their already very limited resources.

“Instead of being in camps, many have settled in our fields,” said local farmer Jamal Adam.

“They have cut our trees to protect themselves from the sun, while others are sleeping under the stars in our fields. It is now time for the sorghum harvest, and I risk losing everything.”