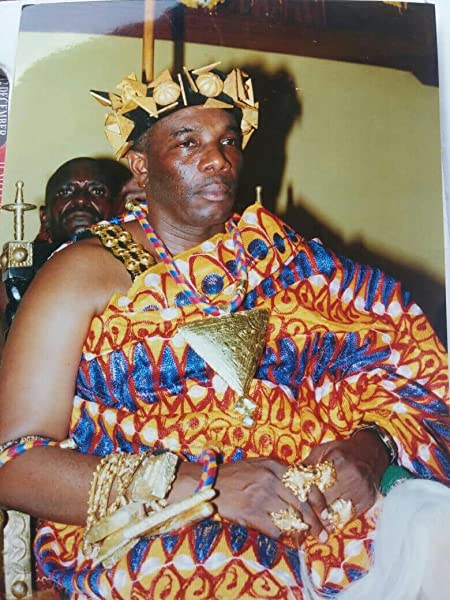 When Otumfuo Osei Tutu was killed by the Akyem Kotoku (Oda), when crossing river Pra; He was succeeded by his grand nephew, Opoku Ware I .Nana Opoku Ware fought the Akyem Kotoku ( Oda) and defeated them ,took most of their lands and added them to the Asante Nation. Otumfuo Opoku Ware declared, ” from today going, you are no longer Akyem people but Asante – Akyem people “and that short paraphrase constituted the Asante-Akyem province being part of Asante kingdom today.

Asante Akyem according to colonial history was demarcated by Major Fuller, later a Governor in 1905.

The area, as the name suggests, is inhabited by emigrants from both the Asante and Akyem stocks of the Akan.

There are three major accounts, of the history of the people of Asante Akyem, the Juaso Bankaman Traditional History, that of Konongo Royal Family and the Odumasi Stool History.

The Konongo Royal Family account of the people of the area explains the name Asante Akyem in terms of terrritory rather than any blood relations. According to this version, the people of Asante Akyem, and more specifically Konongo, are basically of the Akyem stock.

It is said that the people in 1731 assisted the Asantes in their war with the Akyem Kotoku (Odas).

After the defeat of the latter, the Odas vented their spleen on them and the people fled persecution by their fellow Akyems, seeking refuge in Asante’s territory.

Thus it is said that the people of Konongo fled from Abodom near Akyem Oda(in the Akyem Kotoku Traditional Area).

This explains why up to the present day the ancestral blackened stool of Konongo is still at Abodom.

When the people from Abodom after fleeing to Ashanti petitioned the Asantehene for land, the Juabenhene who had jurisdiction over the land was consulted and he apportioned the present land to the emigrants from Abodom.

This also explains why the people of Konongo are still under the traditional authority of Juaben in Ashanti.

The Odumasi Royal version of the settlement of the people states that the ancestor of the Odumasi stool, by name, Mumunanor Ampam, migrated from Akyem Abuakwa in southern Ghana, from a village called Asawuo as a result of a dispute that arose between Duodu Pepera, a royal of Asawuo stool, and Abobomsohene during the celebration of Odwira festival.

It is said that Duodu Pepera, presumably the probable heir to the throne of Asawuo, tried to strangle this chief with the view to removing the trinklets from the neck of Abobomsohene.

The issue was reported to the overlord, Okyenhene Ofori Panin, who sent for Duodu Pepera to appear before the Okyeman Council (or Akyem Abuakwa Traditional Council).

At the hearing, Duodu Pepera was said to have become very angry and cast insinuations on the members of the Council.

As a result of the indecent words spoken by Duodu Pepera to the King in Council, a meeting of the three heads of the state, the Amantuo Mmiensa of Kyebi, decided that the only infallable remedy was to wage war against Duodu and his relatives.

Duodu was killed in the war and the matter was reported to Nana Mumunanor Ampam, his uncle. Nana Mumunanor Ampam who was afraid of reprisals by the Okyenhene left Asawuo with all his descendants and subjects together with one of the ancestral stools.

At that time a sister of Nana Mumunanor Ampam, by name Akua Koah, was married to Juasohene Nana Kwame Apenteng.

While a resident at Anwanwereso, Nana Mumunanor Ampam made an appeal to Juabenhene, Nana Akraase, through his brother-in-law Nana Kwame Apenteng, for a permanent place of residence for himself and his descendants.

It is said, Nana Juabenhene gave him a vast land of which Nana Mumunanor Ampam was to be the caretaker, ranging from the River Anuru up to the boundary line of Dwaboso( now Juaso).

It is said that one morning, a certain hunter, Amama Mahunu, discovered during a hunting expedition the present area of Odumasi and reported it to Nana Ampam, the caretaker of the area.

After investigations, it was found that the banks of the river called Oweri would be suitable for settlement.

It is said that there was an Odum tree growing at that spot, so Nana Mumunanor Ampam built his village just by the Odum tree, and thus called his village Odumasi.

It should be recalled that at the time of the negotiations for the Odumasi village lands, Nana Akraase was on the Juaben stool, while the Golden Stool of Ashanti was occupied by Nana Osei Bonsu Panyin, alias Nana Osei Tutu Kwame.

Nana Mumunanor Ampam, it is said was also on the Odumasi stool during the reign of Asantehene Nana Osei Akoto, who fought in the Akatamansu war.

So the migration of Nana Mumunanor Ampam to Konongo-Odumasi must have taken place around the date of the Akatamansu war (1824-1837.