US election 2020: The battleground states that are making the difference in the result 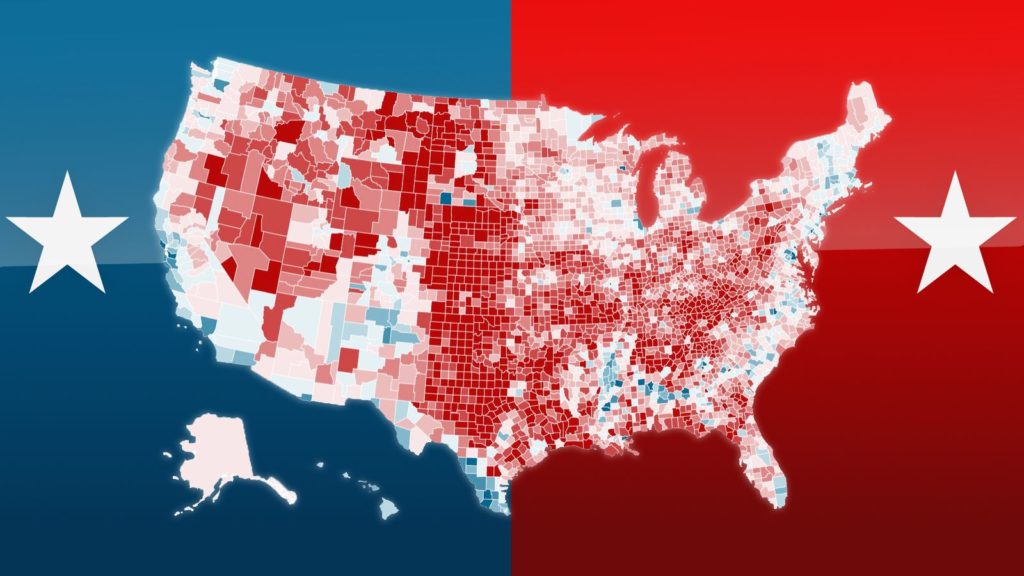 The 2020 election campaign has been marked by the division in US society.

But Donald Trump’s support held up in numerous areas within those states.

And Mr Trump’s support increased among groups which have been traditionally seen as being pro-Democrat.

Here are the key conflict zones which are deciding who will end up in the White House.

Joe Biden has already got more votes than any other candidate in history, but that won’t be enough to remove Donald Trump from the White House.

With votes still being counted, it will come down to the result in seven states which will hand either candidate the keys to the White House.

Winning back the blue wall of heavily industrial states was essential for Mr Biden to capture the presidency.

WISCONSIN
Democrats increased support in educated and urban areas.
In Dane the second most populous county, half of the population has a degree and almost 9 in 10 live in urban areas. The high number of young and liberal people may explain why Democrats got more than three times the number of votes there.

MICHIGAN
In 2016, Mr Trump won by less than 11,000, and the Democrats lost votes to minority parties which got 5.2% of the support. But this time, only 1.8% of the votes have gone to other parties.

The Democrats have increased their margins in educated, urban and more diverse populations in metropolitan centres, like Oakland, the second most populous county.

PENNSYLVANIA
Before Philadelphia started counting its postal votes, Mr Trump had a big lead in Pennsylvania. Mr Biden then started to see his vote share rise and rise. Philadelphia’s urban centre is key to pushing him over the finishing line.

The Democrats held the county where Mr Biden grew up comfortably until Trump cut the margin to 3 points in 2016. The Republican appears to have lost support among non-college educated whites.

GEORGIA
State-wide demographic changes have begun to shift politics. In the biggest county, which is urban, where half of the population has a degree and 4 in 10 are African American, Democratic support has increased.
Postal ballots in Fulton were mainly responsible for closing the gap.

But Trump has also expanded his vote share in places like Twiggs, a county in the Black Belt, which is 100% rural and where only 9% of adults have a degree, helping him close the gap.

FLORIDA
Latinos surprised many by supporting Republicans in large numbers.

Miami-Dade, the biggest county, was previously safely Democrat, but Mr Biden lost 10 points compared to 2016, costing him many votes and the state.

ARIZONA
The influx of young educated professionals has shifted some of Arizona’s major population centres towards the political left.

Maricopa, the largest county in Arizona, is an example of this demographic change. Republicans used to win Maricopa, but in 2020 it was separated by a whisker. Win here and you generally win the state…

…but Pima County might add votes to the Democrats.

NEVADA
The key to victory here lies in Clark County where 7 in 10 of the state’s potential electorate live. It contains Las Vegas and has one of the highest unemployment rates in the country.

Not all the votes have been counted. Scroll down to explore all the county-level results so far.

There are more than 3,000 counties in the United States of America. The results in each represent the extent of the polarization in US politics right now.

Click on or tap a county in the map below to see the result in neighborhoods across the country.