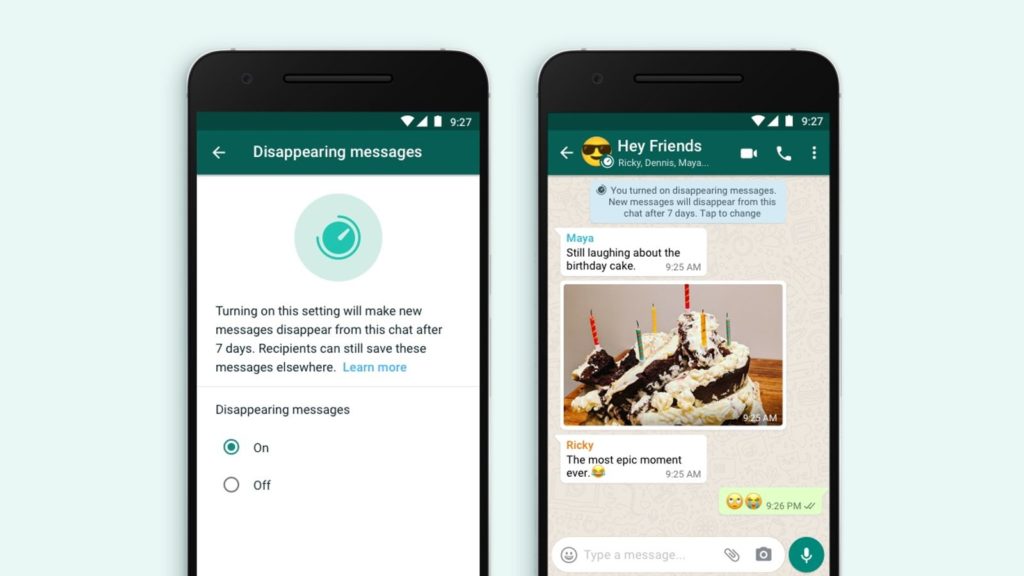 The feature means messages will automatically delete after seven days, however it will be possible to recipients to save them.

WhatsApp is introducing a new feature that will make messages disappear after seven days.

The feature – which is already available on encrypted messaging app Signal – is being introduced globally throughout November.

When the feature is turned on, new messages sent within a chat will automatically delete after seven days – “helping the conversation feel lighter and more private”.

The feature can be turned on by either person in a one-to-one chat – and in groups, admins will have control over whether the feature is on or off.

WhatsApp explained that it was starting with seven days “because we think it offers peace of mind that conversations aren’t permanent, while remaining practical so you don’t forget what you were chatting about”.

Unlike in Signal, which starts the timer once the message has been read, WhatsApp’s messages will disappear within seven days if users don’t open the app.

It will still be possible to preview the message within a notification until WhatsApp is opened. The message may also remain with a quoted chat, and won’t disappear if the message is forwarded.

WhatsApp warns users only to use disappearing messages “with trusted individuals” and says it will be possible for users to forward or take screenshots before messages disappear.

By default, any photographs or video files sent through WhatsApp are automatically downloaded to the recipients’ phone – even if disappearing messages are turned on, the saved image will remain on the phone.