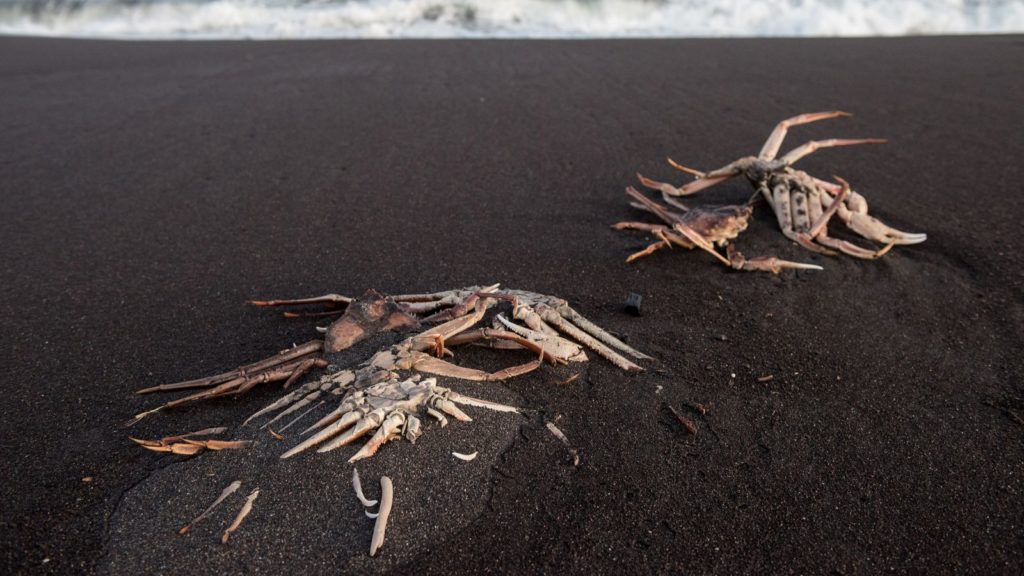 A natural resources minister says the incident has been caused by the current toxicity of the algae.

Russia has blamed toxic algae for the mass death of marine life in a remote volcanic area of northeastern Russia, rather than it being a man-made disaster.

Greenpeace said there had been a “massive die-off” or organisms in the Kamchatka region earlier this month.

It said carcasses of animals were washing up on the beaches and that seawater had changed color and started to smell.

Surfers had also reported sore throats and eyes, as well as vomiting, according to the environmental group.

It said possibilities included natural causes – “such as toxic phytoplankton growth, seismic or volcanic activity” – but that man-made actions could also be responsible such as “toxic waste dumping, a fuel spill or tanker accident, or military activity”.

The World Wide Fund for Nature (WWF) said the pollution appeared to be caused by a highly soluble substance.

Russian authorities now believe a naturally-occurring algae is the most likely cause, according to the country’s TASS news agency, but questions remain over why the effects were so severe.

“It was the toxicity of the algae at this period of time,” said natural resources minister Dmitry Kobylkin.

“But what the algae was responding to is probably the most interesting and important question because we would like to look at why there was a fall in oxygen in the water… I don’t have an answer to this yet,” he said.

Russia’s investigative committee, which had opened a criminal case, said they were also treating naturally-occurring algae as the most likely cause.

It said elevated levels of phenols – an oil product – in the water weren’t critical and had been found in the area since 1970.

Greenpeace has warned that even if the incident was a natural event, Russia needs to do more to protect its huge natural wildernesses.

The group said its investigation in Kamchatka had uncovered many environmental problems that could be a threat in future, such as dangerous landfills with hazardous waste.

It also pointed to the spilling of thousands of tonnes of oil products in Taimyr, Siberia, in May as an example of what can go wrong.

That incident stained a local river red with a layer of chemicals that Greenpeace said was 20cm thick.